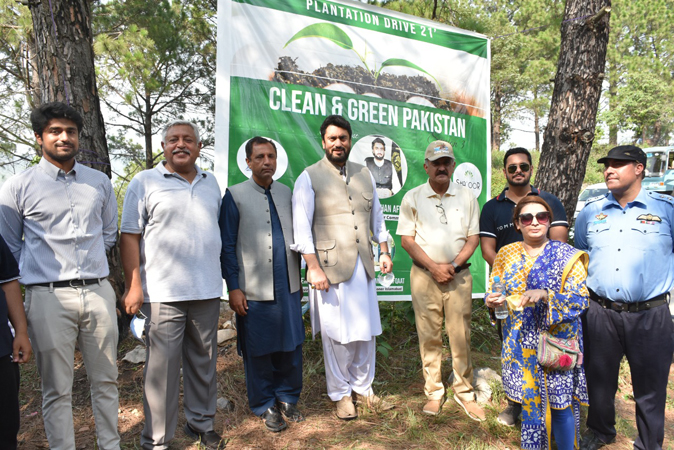 He also has planted a sapling to kick off the Tree Plantation Drive at Margalla hills which was attended by a large number of university students, faculty staff and management team members.

Shahryar Khan Afridi, while interacting with volunteers, expressed that tree plantation is an ongoing charity and every person must play his/her due role to ensure the clean & green Pakistan for the betterment of our next generation. According to him, youth is the real force to move the country towards peace and prosperity.

Under the AU Plantation Drive 2021, more than 10,000 seed balls were thrown near Talhar village at Margalla hills. The volunteers also brought various saplings including Sukhchain, Kachinar, Cheer, Wyeeping Willow and Amrood. That was in addition to 2000 plants being planted by students, staff & faculty at various locations in Islamabad.

Air University is committed to follow the PM vision of Clean & Green Pakistan. It is worth mentioning that Air University has also planted 35,000 trees this month in its campuses, including Kamra, Multan and South campus. Earlier, the volunteers of Air University Shaoor Society, with the collaboration of civil society and industry partners, had also achieved a target of collecting 17,000 seeds from waste in addition to organizing plantation drives for school children in the twin cities.