If you’re on a ship this sublime why bother getting off? 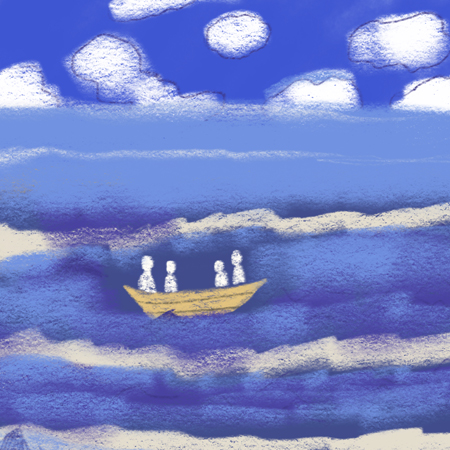 Curled up in a ball chair, engrossed in a book on a dull day in Dover, I’ve found my special spot on this cruise ship.

In other pods tucked around the Hideaway, a handful of other cocooners are also in worlds of their own as we take time out on board the ‘revolutionised’ Celebrity Silhouette, which is fresh from a £55 million revamp.

Other passengers don jackets for excursions, such as a steam train ride, but as soon as the sun comes out I head up to Deck 15 and stretch out on a sofa in one of the newly created open-air lounges to gaze at the White Cliffs in one direction and the outline of France in the other.

The ship’s week-long UK-only itinerary included visits to Belfast and Liverpool, which may have lacked exoticism but gave me the perfect opportunity to explore the wealth of things to do on board and try out its new bars, restaurants and lounges.

To make life aboard simple, Celebrity has introduced an ‘Always Included’ policy across its fleet, meaning tips, drinks and Wi-Fi are covered by the fare, with an option to upgrade to premium drinks and more Wi-Fi at extra cost.

Other passengers don jackets for excursions, such as a steam train ride, but as soon as the sun comes out I head up to Deck 15 and stretch out on a sofa in one of the newly created open-air lounges to gaze at the White Cliffs in one direction and the outline of France in the other

Silhouette, launched in 2011, is a cruise ship made for sunshine, with a wide and luxuriant real grass lawn to picnic and play games on, and hundreds of sunbeds around the two outdoor pools.

One of the best places to catch the rays is at the top of the ship on the Retreat Sundeck, which has taken over a space previously occupied by a basketball court.

It is part of a gated enclave spread over two decks, exclusively for the occupants of suites, and it feels like stepping into an Ibiza beach club with chill-out music, a bar, and waiters bringing snacks and drinks to your sunbed or sofa.

The look is smart black, white and red stripes, designed by Kelly Hoppen, who has boldly struck out from her trademark palette of muted tones.

She has also worked her magic on swishing up the suites, exclusive lounge The Retreat and private restaurant Luminae.

And there are plenty of fabulous places to dine that are open to all passengers.

The Porch is the place for seafood with sea views, where you can tackle a tower of fruits de mer, nibble blackened cod tacos and sup on a light lobster bisque.

In Le Petit Chef, you sit down to four astonishing courses where animated characters somehow take over the tabletop and appear to create each dish on your plate – it’s full of surprises and tasty, too.

Sushi On Five specialises in made-to-order sushi rolls, while fresh wasabi prepared at your table gives your meal an extra kick.

Go to Tuscan Grille for the groaning anti-pasti board, rib-sticking pastas and juicy steaks.

Or for a really special night out, you must book a table in French-fusion restaurant Murano and splash out on the sumptuous Five Senses wine-pairing menu.

All these menus come at an extra cost, but there are also plenty of places to eat on Silhouette that are included in the fare, such as the grand Main Dining Room, casual self-service Ocean Cafe and the outdoor Mast Grill.

Eager staff are always ready and waiting to mix a cocktail or pop open a bottle of fizz.

There’s a late-night buzz around the Martini Bar in the spectacular 13-deck-high atrium, while the quieter Passport Bar, with mesmerising views of the dashing sea, is tucked to one side of the Grand Foyer on Deck 3.

The outdoor Sunset Bar looks over the ship’s wake to the horizon.

There’s also a new bar in the casino, while in the Sky Observation Lounge, which has clusters of leather and chrome armchairs and the feel of a boutique hotel, you can order sharpeners to help you tackle the afternoon quiz.

The cosy Cellar Masters wine bar, with its long list of interesting wines available by the glass, has gone, replaced during the makeover by Craft Social, with screens showing sports in every alcove and – heaven for hopheads – a vast choice of bottled beers and opportunities for afternoon tasting sessions.

Between eating and drinking, you can take in a theatre show or a lecture, get active playing croquet and bowls on the lawn, join an energetic Peloton cycle class, limber up for a workout in the Fitness Centre or aim for a bull’s-eye on the archery range in the Entertainment Court.

Make a day of it in the spa by mixing head-to-toe treatments such as a wrinkle-ironing facial or a tip-top pedicure with flopping in the Persian Garden thermal suite.

Book an Aqua Class cabin, situated near the spa, for unlimited access to the aromatic steam rooms, tropical showers and heated daybeds, or pay for a day or weekly pass.

With Aqua Class accommodation you’ll also have your own table for breakfast and dinner, in the chic and intimate restaurant Blu that specialises in light and healthy cuisine.

When the ship is at sea, it is time to hit the gallery of shops. Be warned: go early and with a clear head, as browsing after an indulgent dinner will make it hard to ignore the tempting Prada sunglasses, Kate Spade handbags, Breitling watches and Bulgari jewellery.

Sometimes a ship can turn out to be the destination itself, as I found on my voyage of discovery aboard Celebrity Silhouette.

If it offers more restaurants than a seaside resort and even more things to do, it can be hard to tear yourself away for a jaunt ashore when your cruise ship docks. And different ships have their own unique selling points to keep guests on board.

Galleria Virtuosa, the 370ft-long, two-deck-high indoor promenade on dazzling new mega-ship MSC Virtuosa, with a glamorous Italian feel, is the place to see and be seen.

Here you can sip a cappuccino, browse alluring boutiques, enjoy an aperitivo or dance under the domed ceiling that twinkles like a night sky.

Sashay down glass staircases embedded with 61,000 Swarovski crystals and go for a cocktail in the futuristic Starship Club, where Rob, a funny-faced robot who speaks eight languages, will mix you a cocktail at the touch of a screen. Want an adrenaline rush? Head to the waterpark with heart-stopping water slides, go Formula 1 racing on a simulator or battle zombies in a 4D theatre.

The biggest ship built for British holidaymakers is Iona, the new flagship of P&O Cruises.

A firm focus on home-grown food and drinks and entertainments means the first distillery at sea not only supplies the ship with gin, it is the place for tasting masterclasses. There are 30 places to eat, and selected voyages have cookery demonstrations by celebrity chefs such as Marco Pierre White.

Take That’s Gary Barlow is musical director of the 710 Club, its live music venue. Daring aerial acrobatic shows take place in the enormous Sky Dome and there is a four-screen cinema. Special deals for spa treatments on port days are another reason to stay on board.

For more than 180 years Cunard has learnt the art of keeping passengers occupied and entertained on long sea voyages, so it is no surprise that Queen Mary 2 is renowned for top-notch speakers on her one-week transatlantic crossings.

In addition, occasional themed cruises such as a Literature At Sea, Theatre Festival At Sea or Fashion Week At Sea give unsurpassed opportunities to hear and learn from, and be entertained by the ultimate experts in their fields, at lectures, performances and workshops that are so engaging and absorbing you might even miss docking in New York.