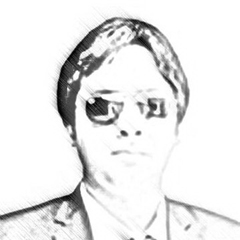 Imam Hussain (AS) – the Quintessential Custodian of Islam

The painful tragedy of Karbala reminds us not to bow down before a despot and tyrant ruler, and never flinch from raising our voice against injustice, oppression and despotism. This is what Imam Hussain (A.S) did at the hottest and the arid plains of Karbala. When he was asked to seek pledge of allegiance to Yazid, who was the incarnation of tyranny, oppression and exploitation, Imam, out rightly, turned down this illegitimate and unjustified demand saying that come what may, he cannot surrender to one who has disfigured the beautiful legacy of Islam and brazenly disregarded the pure principles and teachings of Islam.

In 60 A.H, after the demise of the Holy Prophet, the time came when Yazid acquired caliphate. With assumption of the charge of caliphate, Yazid introduced a novel political dispensation based on totalitarian dictatorship under which freedom of thought was throttled and those who did not approve of his authority were dubbed as traitors. In his reign, the values of Islam were being violated and Quranic injunctions were being ignored. The Islamic polity was, thus, faced with dreadful social, moral and religious crises.

Yazid, despite having all the power and pelf, felt insecure of Imam Hussain whose virtuosity and nobility of character posed a formidable challenge to his fascist rule. The ambitious despot employed all his means to entice Imam but having failed to achieve his unholy designs, he resorted to ruthless oppression. Surrendering to the demand for ‘baiyat’ of Yazid would have meant an approval of his malicious waywardness by the family of the Holy Prophet. As the direct descendant of the Holy Prophet, Imam Hussain could never be an unconcerned and silent observer of gradual and progressive deterioration of the tenets of Islam, which the Prophet had infused in his followers by going through upheavals, turmoil and tortures. The Imam, therefore, stood up for the preservation and continuation of the principles taught by his Holy grandfather (the Prophet of Islam). He was, hence, fully committed to the will of Allah and would always say: “My prayer and my sacrifice and my life and my death are sure for Allah.” Therefore, he considered it as his duty to preserve what his grandfather had preached, nurtured and practiced in its pristine glory.

Yazid, despite having all the power and pelf, felt insecure of Imam Hussain (AS) whose virtuosity and nobility of character posed a formidable challenge to his fascist rule.

To this end, Imam Hussain strived to rebuild society and re-enthrone the principles of faith and values of life that had been debased and destroyed by Yazid. His famous address to the people of Iraq bears testimony to the strength of his conviction in his mission for life.

He said: “Listen, the Prophet of God has said that he, who sees a ruler perpetrate acts of tyranny and transgresses the boundaries prescribed by Allah and establishes the rule of sin and oppression, and yet does nothing to thwart him either by word or by deed, shall not be blessed by God… Evil is dominating and Divine Laws are flagrantly violated. My prime duty now is to restore truth and justice… I seek martyrdom since living among tyrants is in itself a sin and crime” So, when the choice was to be made between submission to despotism or death, he did not waver or prevaricate.

Despite Imam Hussain’s indisputable innocence and righteousness, he was slaughtered in cold blood. The Holy Quran says “Verily my prayer and my sacrifice, my life and my death are all only for Allah – the Lord of the worlds” (6;163). Hazrat Imam Hussain practically acted upon the command of God in an outstandingly amazing manner. Displaying stupendous bravery, he got martyred and became the best prototype of manhood, braveness and humanity. By his unprecedented sacrifice, the spirit of the faith was resurrected, the flame rekindled. The blood of Hussain and his companions not just reinforced the foundation of the Faith, but made it timeless.

That is what Khwaja Moinuddin Chishti meant by calling him “bin-e-la ilah,” (the basis of the belief in the Oneness of Allah). Imam Hussain also gave continuity to the name of the Prophet (SAW) as a son perpetuates the name of his father. Therefore, Hussain was also called “ibn-e-Rasool ullah” (son of Allah’s Messenger). This is why Holy Prophet (SAW) said: “Hussain is from me and I am from Hussain”. Some commentators even hold the view that Hussein’s martyrdom was the translation of the verse, “And we ransomed him (Ismail AS) with a momentous (or great) sacrifice,” (37:107) for the simple reason that a ram that was actually substituted on the occasion for Ismail could not, by any stretch of imagination be termed as a “momentous/great” sacrifice.

To cap it all, I would quote Allama Iqbal who paid glowing tribute to Imam Hussain in his book Rumooz-e-Bekhudi; he says, “He (Hussain) annihilated despotism till the day of resurrection; the sugar of his blood brought forth the garden of liberty. For truth he rolled in dust and blood and thus he had fortified the foundation of Islam… the secret of Quran we have learnt from Hazrat Imam Hussain’s example”. Quaid-e-Azam also eulogized Imam Hussein in following words: “The world is unable to present an example finer and brighter than the personality of Imam Hussein in as much as he was the embodiment of love and valour and personification of sacrifice and devotion. Every Muslim should learn a lesson from his life and should receive guidance from him.”

The writer is an advocate and a columnist based in Quetta.