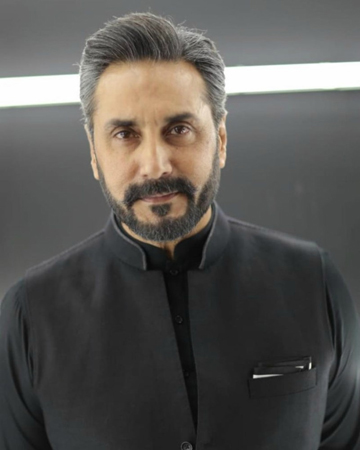 Actor Adnan Siddiqui has highlighted the gross neglect that Pakistan’s Olympians face, recalling former Olympian Muhammad Ashiq’s case who was forced to retire as a rickshaw driver after participating in the 1960 and 1964 Olympics.

Adnan Siddiqui took to Twitter early on Aug. 10 to share a picture of former Olympian-turned-rickshaw driver Muhammad Ashiq who competed at the 1960 and 1964 Summer Olympics as a cyclist before being forced into obscurity due to neglect by relevant authorities, as an example of the short-lived hero status of our Olympians.

His Tweet came just days after Talha Talib and Arshad Nadeem closely lost out on medals at the Tokyo 2020 Olympics.

“The hypocrisy of making them heroes when they bring medals and leaving them to live a life of misery,” he said, adding, “These champs are our pride, our responsibility.”

He also added a hashtag that read “take care of our stars”.

Ashiq, who participated in the men’s 1,000m sprint in 1960 and then in the 4,000m individual and team pursuits, passed in 2018 as an unknown rickshaw driver, and his story remains an extremely relevant example of the short-lived glory of athletes here, many of whom never get the recognition or facilities they deserve.

Adnan Siddiqui’s post came as Nadeem and Talib were hailed across the country for their Olympics effort – Arshad Nadeem lost out on a medal at the Javelin throw competition on Saturday, Aug. 7 where India’s Neeraj Chopra managed to clinch a gold medal, while Talib also came in a close fifth position at the men’s 65kg weightlifting competition.