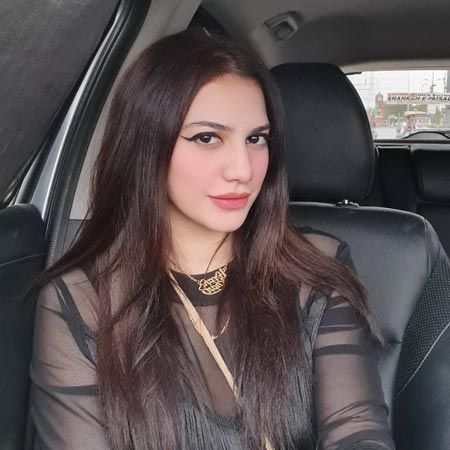 A Lahore court has sent model Afra Khan to prison on judicial remand. The Federal Investigation Agency presented the model before the court of Judicial Magistrate Ahmed Imran Mazhar on Wednesday.

The FIA told the court that she is accused of blackmailing a businessman in Lahore.

She had made a video of herself with the businessman in an objectionable and compromising condition, the FIA said. The court was told that the model had asked the businessman for Rs 10 million to not make the video public.

The investigators said that she has so far extorted Rs 500,000 from the man. She was arrested after a case was registered by the FIA Cyber Crime Wing.

The FIA asked the court for the physical remand of the model. The investigators said that they have to recover the laptop and social media accounts from her.

The court, however, turned down the request and sent the model to prison for judicial remand.

Many cases of online harassment have been reported in Pakistan in the recent past. From women getting threats online to people leaking their private pictures, many cyber harassment cases have come to the surface.