Shyam Benegal is an encyclopaedia of films: Shreyas Talpade

* Recalling the memories of working in the film, Shreyas told IANS, 'Welcome to Sajjanpur is one of my personal favourite' 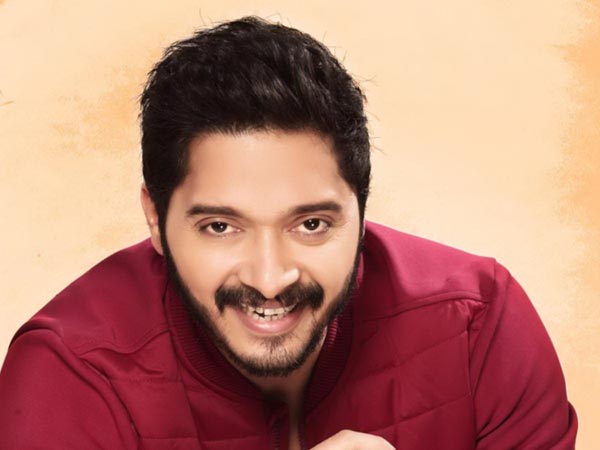 Actor Shreyas Talpade proved his mettle right from his early days in Bollywood.

One of his initial films ‘Welcome to Sajjanpur’ was well-appreciated by the audience. Directed by ace filmmaker Shyam Benegal in 2008, the satirical comedy marked his return to the genre after filming ‘Charandas Chor in 1975.’

Recalling the memories of working in the film, Shreyas told IANS: ” ‘Welcome to Sajjanpur’ is one of my personal favourite. I had a great time shooting for the film. We were in Hyderabad shooting for 30 days.”

Shreyas played the role of a professional letter writer for the uneducated people of his village, as he wanted to become a novel writer. Shyam Benegal beautifully weaved his art of storytelling in the plot of the film.

Talking about working with the legendary director, Shreyas said: “Shyam Benegal is like an encyclopaedia of films. I learnt from him, that one doesn’t stop learning ever.”

“He was so inquisitive, asking questions and curious about things. He would share different stories with us. He would read a lot and share that knowledge with others. That is something I really admired about him and learned from him.”

Shreyas played the role of a professional letter writer for the uneducated people of his village, as he wanted to become a novel writer. Shyam Benegal beautifully weaved his art of storytelling in the plot of the film

Shreyas reflected on the method of Shyam Benegal’s direction and his equation with his actors. “He trusts his actors a lot. He gave us a lot of freedom to improvise or act on something new. He would make us comfortable. ”

“He would tell his actors, you do whatever you feel like. Staying in the character and the scenario we added certain things. And if at the edit table, he felt the scene is not required, he chopped it off. But he said, don’t stop yourself from creating something new. At the end of the day, we are creating dreams. We need to make it nice for our audience.”

Shreyas recalled the candid moments shared after the shoot with the crew and the director. “Even post shoots it was so much fun. Every day it used to be a very relaxed fun shoot through the day and in the evenings all of us would work out in the gym. At 8 p.m. we would meet in the restaurant. If somebody wanted to have some wine we would order that and relax.”

He shared how Benegal was particular about his food after the film’s shooting. “Shyam Babu would order food for all of us and every day he would already tell the chef what he wanted for dinner.”

“Be it a chicken or a mutton dish. He was very specific about the way his food was supposed to be cooked. And we all would sit and talk at the dining table. There were so many stories he shared with us. It was a wonderful experience.”

With Shyam Benegal it was working in a different kind of cinema for Shreyas. Though the actor misses those days, yet, he believes in moving with the times. “While doing films, sometimes we miss those days and those people that we have worked with. It is better for all of us to keep moving. Else you get stuck in a certain time zone. I don’t think an actor should ever do that. You should do a film and forget about it and move on.”

“Each story has its own charm and is told in a different manner. Things keep changing. It’s better that you keep adapting yourself to change. The biggest example of that is Mr. Bachchan. He has worked from the 70s with people like Hrishikesh Mukherjee and today he has worked with the youngest directors as well. He has adapted himself so well. That is great learning for any actor,” signed off Shreyas.

Shreyas shared he will be soon seen in his upcoming film ‘Manu Aur Munni Ki Shaadi’ directed by Deepak Sisodia, based on the similar genre as ‘Welcome to Sajjanpur’.