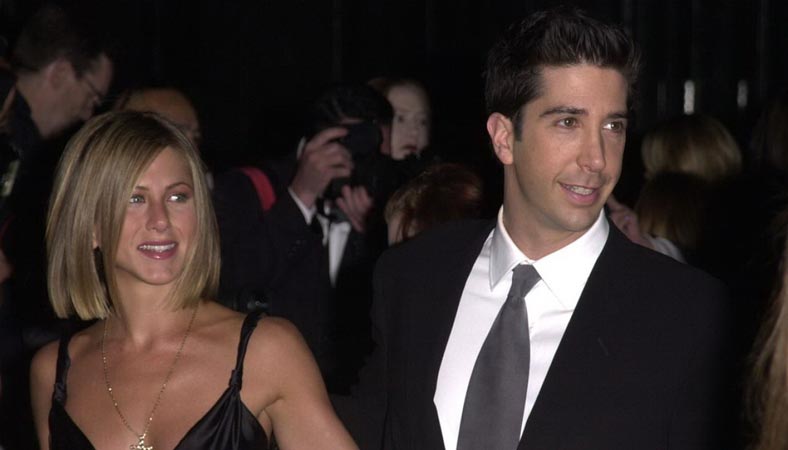 ‘Friends’ co-stars Jennifer Aniston and David Schwimmer are rumoured to be dating. The actors had dropped a truth bomb when they talked about having feelings for each other during ‘Friends: The Reunion’ a few months ago.

“After the reunion, it became clear that reminiscing over the past had stirred up feelings for both of them and that chemistry they’d always had to bury was still there,” a source told Closer, reports foxnews.com.

The source added, “They began texting immediately after filming and, just last month, David flew from his home in New York to see Jen in LA.”

The insider maintained that Aniston and Schwimmer have “been spending time at Jen’s home, where she’s cooked dinners in the evenings, and have enjoyed quality time together, chatting and laughing.”

“They were also spotted drinking wine, deep in conversation, as they walked around one of Jen’s favourite vineyards in Santa Barbara, where it was clear there was lots of chemistry between them,” added the source.

However, representatives for Schwimmer and Aniston denied the rumours to Fox News.

Schwimmer admitted he “had a major crush on Jen” during the popular reunion special in May and Aniston told host James Corden “it was reciprocated” during the show’s run from 1994 to 2004. “We were both crushing hard on each other, but it was like two ships passing,” Schwimmer said. He added, “One of us was always in a relationship and we never crossed that boundary.”

The “Morning Show” actress played along and reflected on the frequent flirting the pair engaged in while they acted opposite one another.

“I remember saying one time to David, “It’s going to be such a bummer if the first time you and I actually kiss is on national television.’ And sure enough, it was,” Aniston said.

“We just channelled all of our adoration and love for each other into Ross and Rachel.”

Ross and Rachel appeared to snap right back into character last week and Schwimmer posted a picture on Instagram of himself donning a “lobsters” T-shirt that featured a sketched-out silhouette of the beloved TV exes.

Aniston replied, “For the record… we were SO not on a break.”