PTI has given a new identity to South Punjab: Buzdar 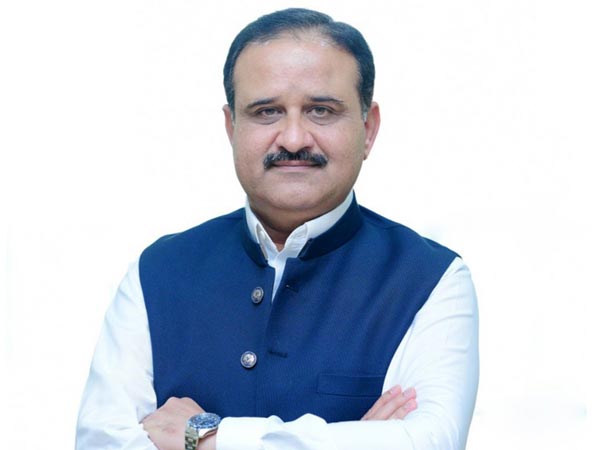 Chief Minister Punjab Sardar Usman Buzdar has said the PTI-led government has given new identity and empowerment to south Punjab adding that a secretariat will also be established in Bahawalpur.

Addressing the ceremony to launch Kisan Card at the Islamia University of Bahawalpur, the CM said the Bahawalpur region enjoys a unique identity and importance and the role of the Bahawalpur State in the establishment of a separate homeland for Muslims will be written in golden words. The Bahawalpurites love Pakistan and IUB stand among the 1000 best universities in the world, he said.

While giving credit to PM Imran Khan for the achievements, Usman Buzdar said the PTI is fulfilling its promises made with the people and assured that the south Punjab secretariat will be established soon in Bahawalpur. The government has allocated a 35 per cent budget for south Punjab while a separate annual development plan has also been devised for the southern districts, he added. Similarly, a decision has been made, in principle, to fix a 32 per cent quota for south Punjab in provincial employment and the proposal of including Mianwali and Bhakar in this quota is being reviewed, as well.

The CM reiterated the district development package worth Rs. 360 billion has been devised to remove deprivations adding that the kisan card will help in farmers’ empowerment. 13.55 lakh plus farmers have registered themselves for kisan cards to use this facility as an ATM to get agri items. This will help to increase agri produce; he added and continued that megaprojects valuing Rs. 300 billion are in progress under the agri emergency programme. A sum of Rs. 45 billion is given to 70,000 farmers under the e-credit scheme as interest-free loans and 4.40 billion is provided for the procurement of certified seeds and agri machinery at subsidized rates, he continued. The 9 lakh farmers are given a subsidy of more than 12 billion for subsidizing the production cost and the latest irrigation system is introduced as well. A subsidy of more than 4 billion is given for solar system and drip sprinkler systems while introducing crop insurance, for which the provincial government has paid 15 billion as premium, he further said.

The CM said support prices of cotton, wheat and sugarcane are fixed at Rs. 5000, Rs. 1800 and Rs. 200 respectively and record production of seven crops has recorded an increase of Rs. 600 billion in agri economy. He welcomed the inauguration of the national cotton breeding institute and intercropping research centre adding that the 2.5-megawatt solar power project in IUB will produce 1.7 rupees per unit of electricity. He appreciated that the university college of nursing will provide higher education facilities to the nursing students for better employment opportunities.

Meanwhile, the PTI government will start more development schemes in Bahawalpur, he stated and added that 36.32 billion were being spent on 187 development schemes in district Bahawalpur. 136 new development schemes will be launched under the district development package with an amount of 12.54 billion, he added. Similarly, the upgradation of the Hakra canal and improvement of the desert branch canal is in progress and 20 inflatable rubber dams project is under consideration to store floodwater. He said 79 roads projects will be completed in the district adding that a 42-KM long link road from Bahawalpur N5 to Jhangra East Interchange will be constructed with four billion rupees and Hasilpur-Bahawalpur dual carriageway will be completed with five billion rupees. Along with it, a 40-KM long Yazman-Bahawalpur road will also be constructed, he added. 52-KM long rural roads are completed under RAP1 and seven schemes of 44-KM long roads will be completed this year under RAP2, the CM further stated.

The CM said that work on 31 projects of provision and disposal of water is in progress in district Bahawalpur and a water drainage scheme will be completed in the city with 3.87 billion. He said 279 schools will also be upgraded besides starting a non-formal education project for Cholistan. Upgradation of different wards of Bahawal Victoria Hospital will be completed soon and a gynae complex will be constructed in THQ hospital Yazman besides setting up an emergency block in Khairpur. Gynaecology and dialysis units will be added to Rajgaan rural health centre, he said. Civil Hospital Bahawalpur is named after Nawab Sir Sadiq Muhammad Khan Abbasi, he further said.The CM pointed out that the Cholistan University of Veterinary and Animal Sciences is completed by the incumbent government and besides appointing its vice-chancellor, 260 officials were also recruited to provide the best educational facilities to the students. 2247 students are enrolled in the university and the first badge will pass out in 2024, he added.