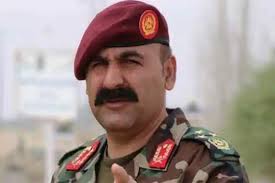 KABUL: The Afghanistan government has removed Chief of Army Staff Lt Gen Wali Mohammad Ahmadzai from his post.  Sources said Ahmadzai has been replaced by General Hebatullah Alizai as the new Afghanistan army chief.  Reasons for the removal of the Afghan army chief were not disclosed. However, the development comes at a time when the Afghan security forces are busy fighting an intense war with Taliban fighters.

Two more cities–other than the six that were seized by the Taliban earlier within a couple of days–fell to the insurgents Tuesday, with one of them only 200kms away from Kabul. The Taliban confirmed their seizure in separate tweets. Six of the other provincial capitals to have fallen since Friday are in the country’s north, with the insurgents setting their sights on Mazar-i-Sharif, the region’s biggest city.

Its fall would signal the total collapse of government control in the traditionally anti-Taliban north. Government forces are also battling the group in Kandahar and Helmand, the southern Pashto-speaking provinces from where the Taliban draw their strength.

Meanwhile, Washington’s special envoy Zalmay Khalilzad was in Qatar to try and convince the Taliban to accept a ceasefire. Envoys from hosts Qatar, Britain, China, Pakistan, Uzbekistan, the United Nations, and European Union were also due to discuss the situation in Afghanistan, a source told AFP.

The United States has already all but left the battlefield. Biden stressed that Washington would continue to support the Afghan security forces with air strikes, food, equipment and money for salaries.

“We trained and equipped with modern equipment over 300,000 Afghan forces” over two decades, he said. “They have got to want to fight. They have outnumbered the Taliban.”