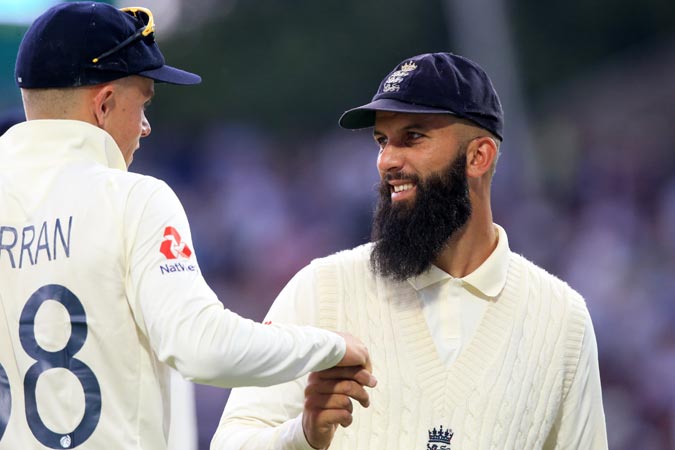 Moeen Ali has been recalled to the England squad for Thursday’s second Test against India. The 34-year-old all-rounder has played only one Test match in the last two years, against India in Chennai almost six months ago, but will link up with the team at Lord’s.

England were outplayed for large periods of the drawn opener at Trent Bridge last week and are looking to rebalance the side in the continued absence of all-rounders Ben Stokes and Chris Woakes.

“Worcestershire spinning all-rounder Moeen Ali has been added to the England Men’s Test squad,” the England and Wales Cricket Board said in a statement.

“He will join the Test party later today and will train this afternoon with the England squad.”

Moeen has played only white-ball cricket since his last Test appearance in February when he took eight wickets and hit a second-innings 43 in a losing cause.

He twice dismissed India captain Virat Kohli in that match but played no further part in the series, taking a scheduled rest as part of the ECB’s rotation policy.

Since then, Moeen has resumed his status as a white-ball specialist, most recently as Birmingham Phoenix captain in the inaugural season of The Hundred.

He leaves that competition in a blaze of glory, with his team top of the standings and fresh from scoring a brutal 59 against Welsh Fire on Monday which saw him hit five sixes and three fours in just 28 balls.

“We’ll look at conditions and weigh things up but he’s in a great position to play,” said England captain Joe Root.

“That’s why he’s been called up to the squad, for his capability with both bat and ball. Albeit in a short format he’s in great form at the minute, playing with great confidence, and we all know what he’s capable of in the Test arena. He’s scored big hundreds and won the games with the ball as well and he’s a fine cricketer.

“If he gets an opportunity he’ll be desperate to impress and show everyone how good he is in Test cricket as well as white-ball cricket.”