* The show's Twitter page shared a short video clip of the trailer on Sunday, in which the 54-year-old reality TV personality is the first celebrity contestant introduced 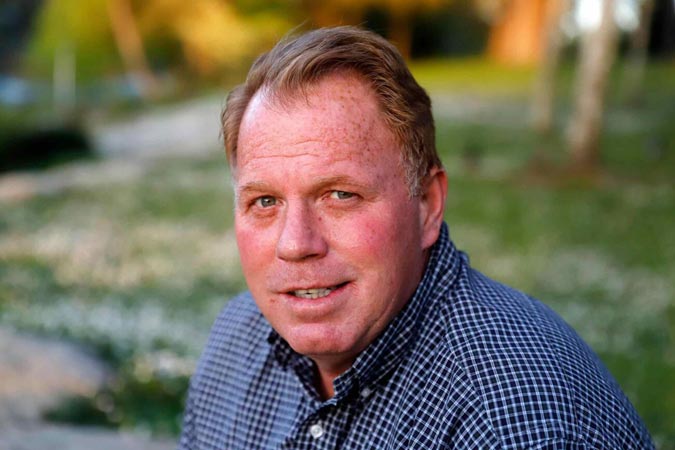 A royal rivalry! Just days after celebrating her 40th birthday with a charitable initiative, Meghan Markle has once again found herself embroiled in family drama.

The Duchess of Sussex’s estranged half-brother, Thomas Markle Jr, joined the cast of Australia’s Big Brother VIP and aimed his digs at Meghan in the first teaser.

The show’s Twitter page shared a short video clip of the trailer on Sunday, Aug. 8, in which the 54-year-old reality TV personality is the first celebrity contestant introduced. Caitlyn Jenner and Omarosa Manigault Newman are other stars featured in the series.

“I’m Meghan Markle’s brother,” Thomas said in the teaser. “I’m the biggest brother of them all.”

Then, speaking directly to the camera, he recalled an alleged conversation that he had with Prince Harry, telling him: “I think she’s going to ruin your life. She’s very shallow.”

Not only has Meghan distanced herself from her half-brother, but she’s also estranged from their father Thomas Markle, 77, and her and Thomas Jr’s older sibling, Samantha Markle, 56-all of whom have often spoken to the press about their own estrangement from the duchess.

‘I’m Meghan Markle’s brother,’ Thomas said in the teaser. ‘I’m the biggest brother of them all’

Back in March, the former Suits actress opened up about her rocky relationship with her dad following her and Harry’s tell-all interview with Oprah Winfrey.

More specifically, Meghan discussed her dad’s paparazzi scandal-in which he staged photos with photographers ahead of her and the Duke of Sussex’s royal wedding in 2018.

“For over a year, the U.K. tabloids were trying to find my dad, offering people so much money to try to find his address,” she told Oprah in an additional clip aired on CBS This Morning. “Once they did, I remember being told there was a huge headline like, ‘We found him’ or ‘We’ve got him.'”

Meghan added, “And from that point, the tabloids, they moved into the apartment next door and across from him, descended on this small town, giving him gifts. The whole thing brings us to where we are today.”

Originally Thomas denied working with the paparazzi, but he later confessed that he lied about his involvement with them.

In that same interview, Meghan praised her mother, Doria Ragland, who hasn’t publicly commented on her life.

“Everyone has accountability. Look, they’ve hunted my mom down and you’ve never heard her say a word,” the 40-year-old activist pointed out. “She’s remained in silent dignity for four years watching me go through this.”

Additionally, Meghan briefly touched on her relationship with Samantha, expressing, “When you talk about betrayal, betrayal comes from someone that you have a relationship with, right? I don’t feel comfortable talking about people that I really don’t know.”

“I grew up as an only child, which everyone who grew up around me knows,” she continued. “And I wished I’d had siblings. I would have loved to have siblings…I mean, the last time I saw her must have been at least 18, 19 years ago and before that, 10 years before that.”

Meghan then claimed Samantha changed her last name back to Markle only after she started dating Harry, adding, “I think that says enough.”