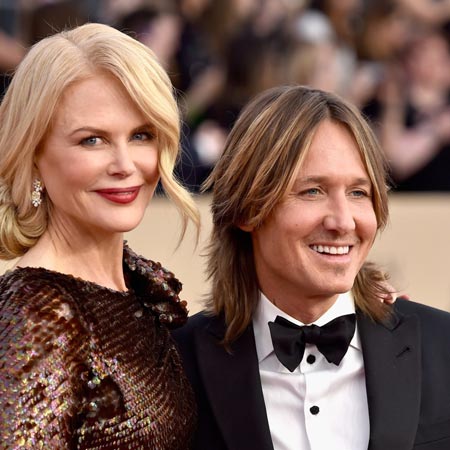 A true support system! Nicole Kidman doesn’t have to worry about Keith Urban getting over-protective when she films love scenes.

The Nine Perfect Strangers star exclusively revealed on E! News’ Daily Pop that her husband of fifteen years fully supports her work as an actor-producer, even when she has to strip down for scenes.

“My husband is an artist, so he understands all of it, and he also does not get involved,” Kidman explained on the Aug. 8 episode of DP. “He sees the show at the very end when it’s a show, all edited together, and he’s fresh eyes. He doesn’t read any script, he really doesn’t know what’s going on on the set, he’s got his own career that he’s completely absorbed in.”

Kidman and Urban’s fairytale Aussie romance has cemented them as a true Hollywood power couple.

From raising daughters Sunday and Faith to balancing each others’ multi-hyphenate careers, Kidman and her Grammy-winning country crooner are #CoupleGoals.

“We have a system worked out to keep the family together,” Kidman previously told WSJ. Magazine in April 2020. “When Keith’s not touring, it’s much easier. He’ll be on tour next year, and then I just don’t work as much. Literally-it will become imbalanced, and we will change it. We don’t have the answers, but the one thing we do know is that we will not jeopardize us.”

With Kidman’s production company continuing to churn out hits like The Undoing and the highly-anticipated Nine Perfect Strangers, it seems like Kidman isn’t slowing down anytime soon. Thankfully, she has Urban as her biggest fan! Nine Perfect Strangers premieres Wednesday, Aug. 18 on Hulu.