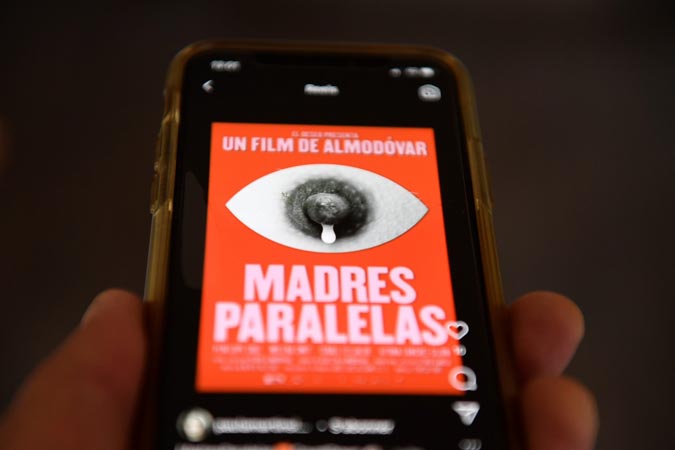 An image of a poster for Oscar-winning Spanish filmmaker Pedro Almodovar’s new film, which shows a nipple with a drop of milk, was briefly removed from Instagram, sparking controversy. “You should be ashamed of yourselves, Instagram,” Spanish designer Javier Jaen who created the poster wrote in a post on the image-centric social network. He accompanied the text with a screen grab of a message he received from Instagram on Monday stating that the image had been taken down because it violated the network’s rules. The poster for “Parallel Mothers” shows a black and white close-up image of a nipple with a drop of milk that simulates a crying eye and is set against a red backdrop. “As expected @Instagram has removed the poster which we made for the latest Almodovar film. I have posted it again. Thanks for sharing it,” added Jaen, who has nearly 76,000 followers on the social network where the new post remained visible on Tuesday.