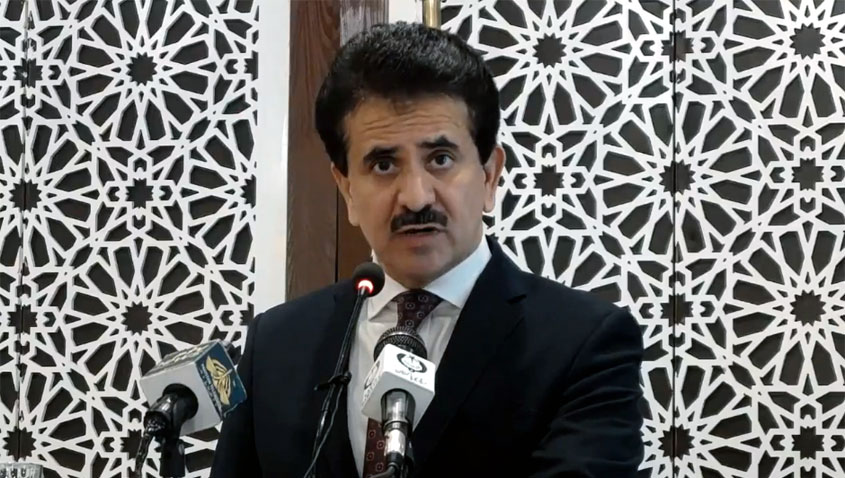 Foreign Office Spokesperson Zahid Hafeez Chaudhri on Tuesday categorically rejected the unsubstantiated media reports alleging Pakistan cracking down on overseas dissidents, saying Pakistan as a parliamentary democracy protected rights of its national living anywhere in the world. In response to media queries regarding baseless allegations of Pakistani institutions cracking down on overseas Pakistanis, the spokesperson said, “There is no question of any threat being made to any national of any state including Pakistan’s own nationals living anywhere on any pretext whatsoever.”

The FO spokesperson said the unsubstantiated allegations appeared to be part of the rather blatant ongoing misinformation campaign against Pakistan to malign the country and its state institutions. “Pakistan is a parliamentary democracy with a vibrant civil society, free media and independent judiciary, which remains fully committed to the promotion and protection of human rights for all its citizens without discrimination,” he said. He expressed the country’s strong commitment to the right to freedom of opinion and expression, which he said, was demonstrated by presence of scores of vibrant media channels and newspapers in the country. “Provision of a platform for peddling of unsubstantiated and false narratives against Pakistan by any news outlet is indeed regrettable,” he said.

The FO was responding to a report published in The Guardian which claimed that exiled Pakistanis who were critical of the military had been warned by UK authorities ‘that they will be targeted’. “Pakistan, a strong UK ally – particularly on intelligence issues – might be prepared to target individuals on British soil,” the story alleged.

The Guardian report also featured a statement from Mark Lyall Grant, the former UK high commissioner to Pakistan, who said, “If there is illegal pressure, in particular on journalists in the UK, then I would expect the law enforcement agencies and the British government to take notice of that and to make an appropriate legal and/or diplomatic response.” The report also noted that a man was charged in London last month with conspiring to murder political activist Ahmad Waqass Goraya in the Netherlands. It also said political analyst Ayesha Siddiqa had received an Osman warning from the Metropolitan Police – a warning named after a case from the late 90s. The warning was issued by British authorities who believe there is a death threat to the prospective victim.