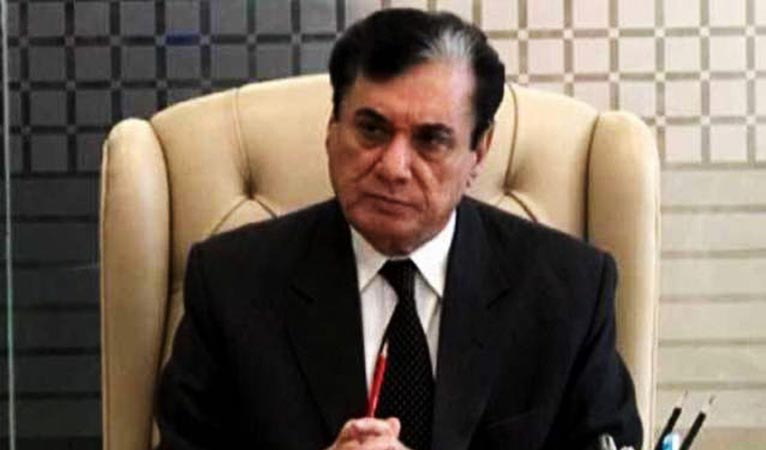 The National Accountability Bureau (NAB) Chairman Justice (r) Javed Iqbal on Tuesday reiterated his firm commitment to nab big fish and logical conclusion of mega corruption cases by adopting ‘Accountability for All’ policy. Chairing a meeting to review overall performance of NAB since its inception at NAB Headquarters, he said that NAB has chalked out an effective Anti-Corruption Strategy comprising Awareness, Prevention and Enforcement to eradicate corruption through zero tolerance policy.

NAB has introduced a new concept of Combine Investigation Team (CIT) in order to benefit from the experience and collective wisdom of senior supervisory officers to further improve the standard and quality of inquiries and investigations on the basis of solid evidence as well as statements of witnesses and documentary evidence besides establishing state-of-the-art Forensic Science LAB which has facilities of Digital Forensics, Questioned Documents and Fingerprint analysis.

He said that NAB has devised a comprehensive Quantified Grading System in order to further improve the performance of NAB Headquarter and all Regional Bureaus. Under Quantified Grading System, NAB Headquarters and Regional Bureau’s are being evaluated on annual and midterm basis at a given criteria which has proved very successful in increasing the repute and image of NAB manifold due to regular monitoring, inspection and implementation of decisions taken by the present management of NAB. During the meeting, it was informed by DG Operations that NAB had received 496,460 complaints since its inception, out of which 487,124 complaints were disposed of. It authorized 16,093 Complaint Verification (CVs), while 15,378 Complaint Verification were completed. Bureau has authorized 10,241 inquiries, out of which 9,275 inquiries have been completed. NAB has authorized 4,654 Investigations, out of which 4,358 Investigations have been completed by NAB since its inception. It was informed that the Bureau has recovered Rs 816.793 billion directly and indirectly since its inception, which is a record achievement. It was further informed that NAB had filed 3,754 references in various Accountability Courts, out of which 2,477 References were decided by Accountability Courts. Currently, 1,277 references having worth of Rs. 1,335.019 billion are under trail at various Accountability Courts.