* For the unversed, both the actresses share a turbulent history with each other 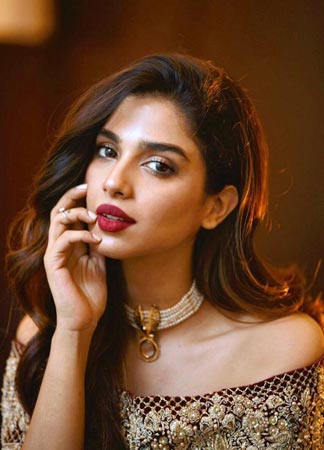 Pakistan entertainment industry’s newcomer talented star Faryal Mehmood has not only stunned the viewers with her outstanding acting skills but also with her glam looks and charming personality.

The Raqeeb Se famed famed actress has recently responded to a controversial statement shared by the fellow celebrity Sonya Hussyn, who, in May 2021, stated on the chat show that she does not know who actress Faryal Mehmood is.

For the unversed, both the actresses share a turbulent history with each other. While the Daasi actress has now finally addressed her equation with the Saraab actress on Time out with Ahsan Khan. She said, “Sonya mujhe nahi jaanti magar me usay jaanti hoon, we have been on a set together.”

Mehmood, who is married to actor Danial Raheel, recalled that Hussyn body-shamed her, when she entered the showbiz industry. ‘Unho ne mere motapay ka mazaak udaya jub me moti thi, galat hai yeh bohat. Maine unhe call out kia and it became a mess. All of a sudden she’s stating that she doesn’t know me, it’s fine.”

She concluded on the note saying, “It’s professional jealousy, I like it, I love Sonya.”

The glamorous divas has been on a social media war after the drama, where the Ishq Zah-e-Naseeb actress made fun of Mehmood’s appearance and her upcoming project.