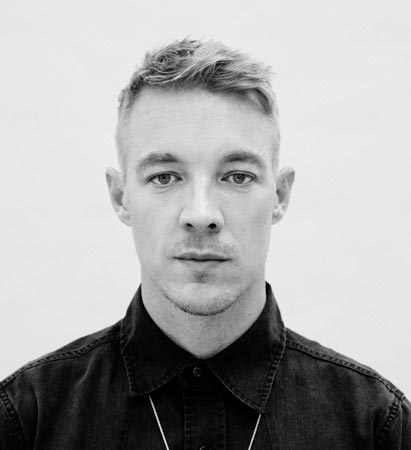 He’s had hits with the likes of Madonna, Beyonce and MIA, and spent 20 years relentlessly touring the world, but American DJ Diplo says the pandemic-enforced break was a blessing.

“It was probably the best year I’ve had in a long time. I did a lot of surfing, spent time with my kids, bought a house – I never had time before,” the 42-year-old DJ told AFP from his home in Malibu, California.

Diplo – real name Thomas Wesley Pentz – was often on the road for 300 days of the year before Covid-19 put an end to live shows.

“I felt like I was dating my tour manager. Every night, we would eat dinner together and go to shows. It got so boring,” he said.

Coming to a sudden stop — just as he was about to release a new album with his DJ collective Major Lazer — was not easy, however.

“In the beginning, I tried to keep the energy up like I was still on the road. I was doing three or four live-stream shows a week. It kept me sane.

“But then I started doing things on my own — hiking, travelling — and I was able to be calm, content in the silence.”

The pandemic was also a chance to experiment, including appearances within video game Fortnite and as part of the virtual reality version of Burning Man last summer.

‘I felt like I was dating my tour manager. Every night, we would eat dinner together and go to shows. It got so boring,’ he said

“Fortnite was cool, but the audience is so much younger. You realise how quickly the generations change. Maybe one or two million people saw it, but they only know games, not music. It was a giant production but I didn’t really feel a connection.

“(Burning Man) was more interesting. There were around 10,000 people with VR headsets. I could make them do things with their hands. That could be something that grows a lot.”

For now, though, the more traditional world of music drops and touring is back, and last week saw the release of the video for Major Lazer’s “C’est cuit”, featuring French-Malian star Aya Nakamura.

“She’s very unique,” said Diplo. “The French part of Africa is doing this Caribbean dancehall style that works very well in America at the moment, and she’s the queen of that sound.”

He hopes for some more francophone collaborations in the future, having already worked with Parisian DJ Snake and looking to produce something with Belgian rapper Stromae.

“C’est cuit” is the latest hit from this year’s album “Music Is the Weapon (Reloaded)”, that also sees Sia, J Balvin, Nicki Minaj and Khalid contribute to the group’s Trinidadian vibes.

Following 2015’s “Peace Is The Mission”, there’s a clear message to the music that became all the more relevant during the last chaotic year in the United States.

“It was probably the craziest year since 9/11. It was so bad that I think it made people wake up a bit,” Diplo said.

“The president took up so much space in the last couple years. Now with Joe Biden, we’re back in a normal place.” However, he said there was one positive thing to come from Donald Trump’s administration: The Music Modernisation Act that promises a fairer distribution of money from digital streaming.

“It was actually very progressive and is going to ensure that streaming revenues spread out more,” said Diplo.

“I’m lucky. I’ve always owned the masters so I’ve been able to get the highest revenue streams. Mostly, artists don’t have that power. They’re at the mercy of the labels and the publishers.”

Next up – despite his reluctance to leave his newly sedate lifestyle – Diplo has a few shows booked around the US and more on the way.

“Right now, I don’t want to leave my house anymore!” he said, laughing. “We’ll see if I get inspired to get back on the road.”