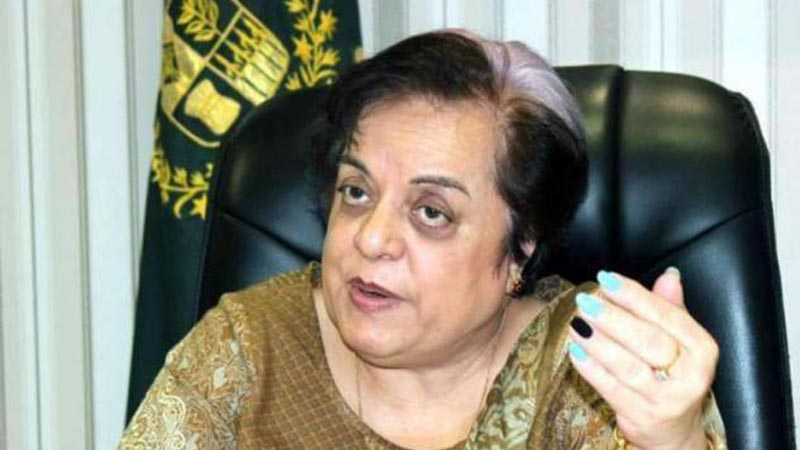 Federal Human Rights Minister Shireen Mazari on Monday criticised the United Kingdom for its ‘feeble excuse’ of retaining Pakistan on its travel ‘red list’, saying that they never asked Pakistan for data related to the country’s coronavirus situation to review their decision.

In a sharply-worded tweet, Mazari said the UK government is dominated by ‘Indophiles’. “Ridiculous! UK govt, dominated by Indophiles and despite globally documented India’s continuing disastrous handling of the COVID pandemic, moved India to the Amber List but keeps Pakistan on the red; then under pressure from Opposition MPs, gives feeble excuse that Pakistan didn’t share data,” she tweeted.

She said the British government had never asked for the data, adding that it was publicly available. “The National Command and Operation Centre has the most centralised and daily updated databases anywhere,” she said. “Earlier, [the] UK government had given another excuse – that more Pakistani passengers than Indians [had] tested positive! Shifting goalposts!” the minister exclaimed.

Pakistan was placed on the red list in early April while India followed on April 19 due to surging case numbers and the emergence of the Delta variant. In a recent update issued by the British government, India, Bahrain, Qatar and the UAE were moved to the amber list from August 8 (Sunday) while Pakistan remained on the red list – a move that was also criticised by British lawmakers.