Use of EVMs to help counter electoral fraud allegations 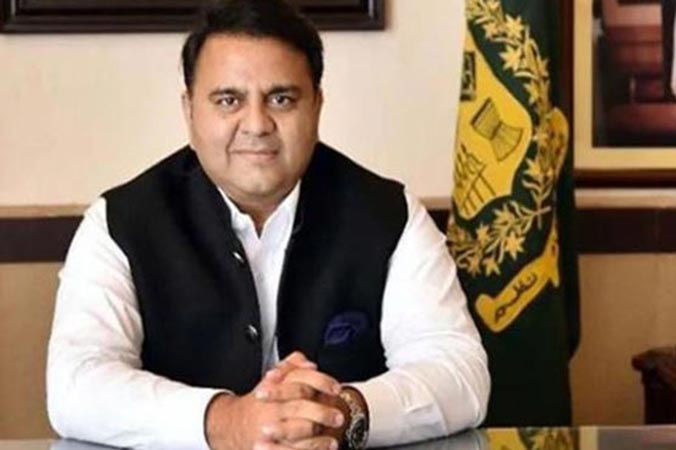 Minister for Information and Broadcasting Chaudhry Fawad Hussain said on Monday that the use of EVMs was essential to counter allegations of electoral fraud. He said that the Ministry of Parliamentary Affairs and the Ministry of Information were working together to streamline public opinion for use of EVMs and to provide the right of vote to overseas Pakistanis.

He expressed these views while addressing a meeting of the Cabinet Committee on EVM and Internet Voting at the Ministry of Parliamentary Affairs here.

Chaudhry Fawad Hussain said that allegations of rigging had been made in every elections since 1970. In this regard, he there was need to develop a mechanism.

“Opposition parties should sit with the government and discuss the issue of electoral reforms,” he said adding that all the work regarding EVM technology had been completed, which would help removing allegations of election rigging. He informed the meeting that the electronic voting machines meet the conditions set by the Election Commission of Pakistan.

He said that in these machines, electronic voting records as well as paper records would be available.

The minister said that there was no problem in holding the next elections on EVM if matters with the opposition were moving forward.

“We are serious about giving Pakistanis overseas the right to vote,” he said.

Fawad informed the meeting that the Ministry of Information would extend all possible cooperation to facilitate public opinion on the use of EVMs and granting voting rights to overseas Pakistanis.

“Giving the right to vote to overseas Pakistanis is our top priority,” he said.

Earlier in the meeting, issues related to launching an awareness campaign among the people and political parties on EVMs giving the right to vote to overseas Pakistanis were discussed. The meeting reviewed the objections raised by the political parties in the past elections, especially in the 2018 general elections.

The meeting was briefed on the key points related to EVMs and the removal of reservations, financial matters and detailed introduction of technology.

The meeting urged the PTI members of the National and Provincial Assemblies to play their role in educating the masses about EVMs and the right to vote to overseas Pakistanis in their respective constituencies.

In a separate interview, the minister said that all the work on technology has been completed and if there was consensus between the government and the opposition, then the next elections could be held on EVMs. He said that a mechanism would have to be developed for transparency in the election process, he said adding that EVMs fulfill all the requirements of Election Commission of Pakistan.

The minister said that use of EVMs was one step ahead of the existing paper-based system and would reduce the chances of manipulation in the elections and results would be available immediately, including an electronic trail and a paper trail.

“Our emphasis on electronic voting machines is because they are not connected to the Internet”, the minister said.

Chaudhry Fawad said voting usually ends at 5 O’clock in the evening during the election and the people have to wait until the next morning to get the results, but the use of electronic voting machines would make election results available immediately.

Regarding the rigging charges in recent the AJK elections, he said, the PML-N was in power and the prime minister also belonged to PML-N. Moreover a senior member of the Election Commission was also a close relative of the then prime minister of Azad Kashmir. The appointment of the Chief Election Commissioner, he said, was also done by the Azad Kashmir government itself, while the police and the administration were also under the control of AJK prime minister. But when the PML-N lost the election, the then AJK PM alleged rigging.

If the opposition parties lose the election, they claim rigging and if they win, they say the elections were free and fair, the minister remarked. He said the best way to get rid of these allegations was to develop a mechanism so that the transparency of the elections cannot be questioned.

The minister said that for ensuring transparency in elections, the stance of the Prime Minister Imran Khan and PTI was to move towards technology as it would bring transparency in elections like the advanced democracies. The Election Commission set 36 conditions, he said adding that if an electronic machine meets those conditions, it can be used in the election process. He said that the new technology brought by the government met all the requirements of the ECP.