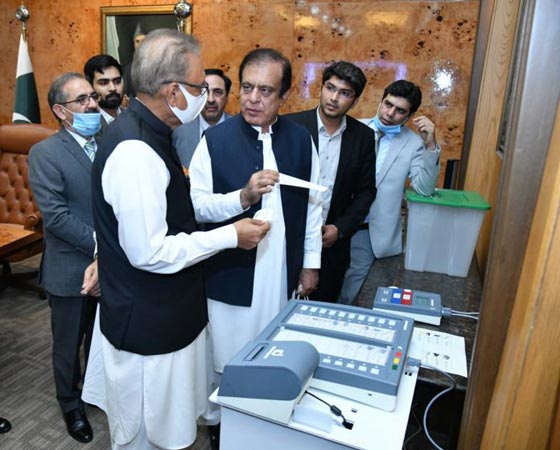 President Dr. Arif Alvi on Monday said that the Electronic Voting Machine (EVM) will ensure transparency in electoral process and also help address the complaints of rigging. He said that without compromising the secrecy of voters, the EVM will also help ensure timely compilation of election results. The President expressed these views during a briefing given to him by Minister for Science and Technology Senator Shibli Faraz on EVM. The President was also presented a practical demonstration of the EVM. Senator Shibli Faraz told the President that EVM, which had been developed indigenously in the country, was effective, credible and reusable. The EVM had been developed by the Ministry of Science and Technology in a short period of time, he was told. The President congratulated Senator Shibli Faraz and the Ministry of Science and Technology on the development of EVM.