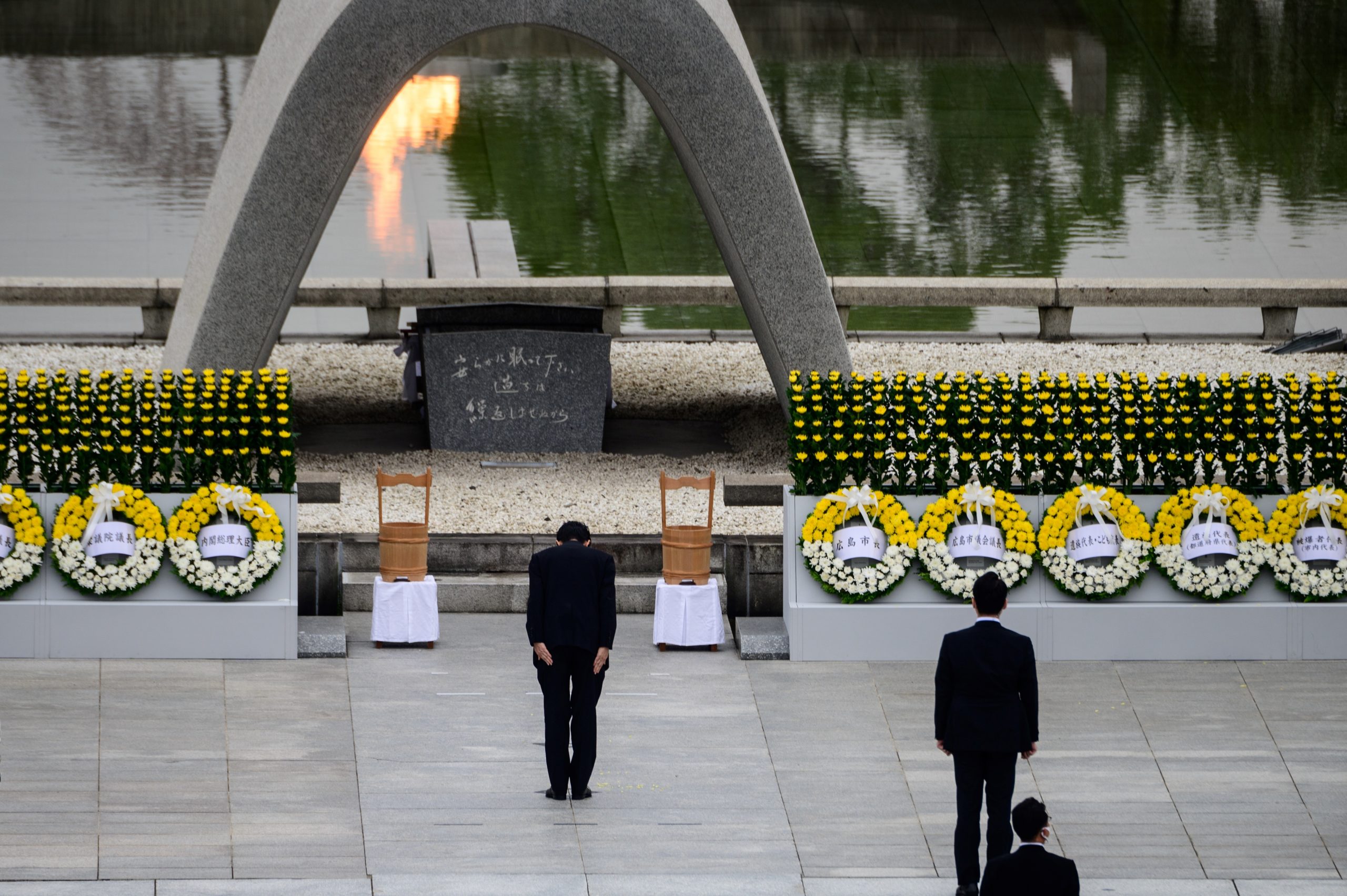 The Japanese city of Nagasaki on Monday commemorated the 76th anniversary of its destruction by a US atomic bomb, with the mayor calling for the global community to build on a new nuclear ban treaty.

Nagasaki was flattened in an atomic inferno that killed 74,000 people, three days after the nuclear bomb that hit Hiroshima. The twin attacks rang in the nuclear age and gave Japan the bleak distinction of being the only country to be struck by atomic weapons. Survivors and a handful of foreign dignitaries offered a silent prayer at 11:02 am (0202 GMT), the exact time the second — and last — nuclear weapon used in wartime was dropped. For a second year, the number of people attending was much smaller due to coronavirus restrictions.

The ceremony is the first since an international treaty banning nuclear weapons came into force last year. “World leaders must commit to nuclear arms reductions and build trust through dialogue, and civil society must push them in this direction,” Nagasaki mayor Tomihisa Taue said. The treaty has not been signed by countries with nuclear arsenals, but activists believe it will have a gradual deterrent effect.

Japan has not signed it either, saying the accord carries no weight without buy-in from nuclear-armed states. The country is also in a delicate position as it is under the US nuclear umbrella, with US forces responsible for its defence. “As the only country that has suffered atomic bombings during the war, it is our unchanging mission to steadily advance the efforts of the international community, step by step, towards realisation of a world free of nuclear weapons,” Japanese Prime Minister Yoshihide Suga said at the ceremony.

On Friday, Japan marked 76 years since the US dropped the world’s first atomic bomb on Hiroshima, killing around 140,000 people. Barack Obama became the first sitting US president to visit Hiroshima in 2016, but Washington has never acceded to demands for an apology for the bombings. International Olympic Committee chief Thomas Bach travelled to Hiroshima in July, before the start of the Tokyo Games, to mark the start of an Olympic truce — a tradition that calls for a halt to global conflict to allow the safe passage of athletes.

But city officials were disappointed after the IOC refused a request to stage a minute of silence at the Games to mark Friday’s anniversary.