Despite the bearish shift witnessed in the technical outlook after gold price touched its lowest level in more than a month, experts expect gold to stage a recovery in the near-term and point to an average price target of $1,779 per ounce for the week starting today (Monday).

Following Friday’s drop, the Relative Strength Index (RSI) indicator on the daily chart fell below 40 for the first time in more than a month, suggesting that the bearish pressure is picking up steam. The RSI also stays slightly above 30, showing that there is more room on the downside before gold becomes technically oversold and sellers look to book their profits.

$1,760 (static level) aligns as the initial support ahead of $1,750 (June 29 low). According to the experts, a daily close below the latter could attract sellers and cause gold to extend its slide toward the next static level at $1,730.

Gold started the last week under modest selling pressure but struggled to gather bearish momentum in the absence of significant fundamental drivers. After closing flat on Monday and Tuesday, gold climbed above $1,830 on Wednesday. Nonetheless, the renewed US dollar’s strength in the second half of the week forced gold, once again, to turn towards south. With the US labour market report showing impressive job gains in July, gold declined sharply and touched its lowest level in more than a month at $1,758 on Friday before closing the week at $1,763.90.

In the present week, ZEW Survey results for the euro area and Germany will be featured in the European economic docket on Tuesday ahead of Nonfarm Productivity and Unit Labour Costs data from the US for the second quarter. More importantly, the US Bureau of Labour Statistics will release the July Consumer Price Index (CPI) data on Wednesday. The annual CPI climbed to 5.4pc in June and a similar reading in July is likely to help the US dollar continue to outperform its rivals.

Later in the week, the weekly Initial Jobless Claims data and the University of Michigan’s Consumer Sentiment Survey will be looked upon for fresh impetus. 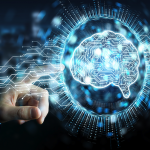 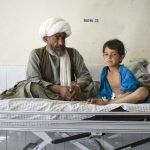