Inter exams in Sindh to resume from tomorrow 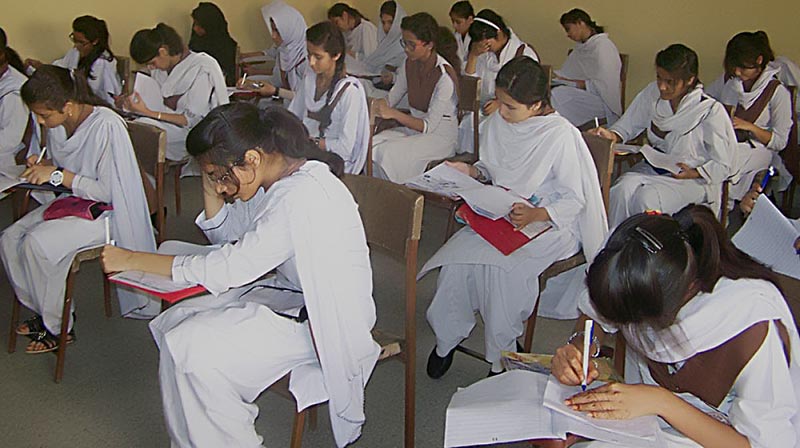 The Sindh government has decided to resume the examination process of intermediate students across the province from Tuesday (August 10) while the respective educational boards would issue the exam timetables shortly.

This was decided in a meeting jointly chaired by the Minister for Education and Culture Syed Sardar Ali Shah, and the Minister Universities and Boards Ismail Rahu here at the office of Minister Culture, Karachi on Sunday.

The Chairmen of educational boards including Karachi, Hyderabad, Mirpurkhas, Larkana, Sukkur, and Shaheed Benazirabad participated in the meeting while Secretary Home Kazi Shahid Parvez was on the video link. The Secretary Colleges Syed Khalid Hyder Shah and Secretary Universities Mansoor Rizvi were also present in the meeting. The chairmen of all the educational boards unanimously expressed their preparedness to resume the examination process from Aug 10,2021. They told the meeting that hardly two to three papers were remaining of class XII, whereas the exam of class XI will be conducted after the 10th of Muharram and the supplementary exams will follow thereafter. They will circulate their respective exams schedules by the evening today.

Addressing the meeting, the education minister said the strict measure to be taken for the implementation of the Government SOPs against the spread of COVID-19.

All the examination centers would ensure that the students were wearing face masks, and using sanitizers frequently.

He further said that strict vigilance should be ensured against the use of unfair means during examinations, and whosoever is found in malpractice must be dealt with according to the department rules. He said that no student or the invigilator be allowed to carry mobile phones in the examination centers. The prohibition on the use of mobile phones would be strictly followed. Minister for Universities and Board Ismail Rahu, while addressing the meeting, directed the Chairmen Boards that it should be ensured that no student was deprived of the chance of giving exams. “The seats of students be placed keeping in view the SOPs and social distancing,” he said.

Both the Ministers, while addressing the media after the meeting, categorically said that section 144 of the PPC would be enforced in the vicinity of Examination centers and any person found involved in the use of unfair means would be dealt with iron hands. Responding a question, the education minister said that the COVID-19 was on the rise in the city, and the situation after the 10th of Muharram would be decisive for the opening of the educational institutes in the province.

He said that all educational institutions were closed till August 19,2021, and afterward the the decision for their opening would be taken according to the guidelines from NCOC and the situation on-ground after the Aashura. Replying to another question, he said he had tried to formulate a roadmap with the consultation of civil society, and now efforts would be taken to implement that road map for the improvement in the education of Sindh.