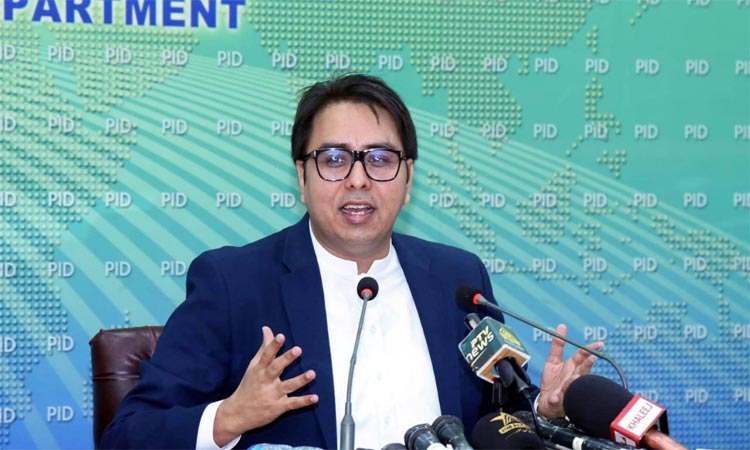 Talking to the media at Gill House in Samundari, the residence of former MPA Mazhar Ali Gill, he said that after nailing down the corrupt elements in other provinces, now Prime Minister Imran Khan’s focus would be on Sindh, where massive corruption had been committed.

He said that Sindh had been looted with impunity for the last 14 years, and now a new administrator had been appointed in Karachi to accelerate the plundering process. He said that after winning the Kashmir elections, Imran Khan would activate his party in Sindh now, and the announcement had disturbed the Sindh government greatly.

The administrator had been appointed only for looting the nation as the Sindh government received Rs 6,000-7,000 billion from the federation since enactment of the 18th Amendment, out of which more than Rs 2,000 billion had been received during the PTI government. But unfortunately, that money was looted ruthlessly, instead of spending it on welfare of Sindhis.

Dr Gill said Sindh was as dear to the PTI as Punjab, and Imran Khan was as much the prime minister of Sindhis as of the people of Punjab, he added.

Dr Gill also criticised the PML-N leadership and said that Nawaz Sharif became prime minister of Pakistan thrice and during that period, he looted the national wealth with great impunity and shifted the loot to other countries. He left the country on the pretext of treatment abroad, but now the British government had refused to extend his visa, saying that he was not ill but was telling lies.

“Had Baji Maryam been in London, she would have made a report with calibri font, but unfortunately she is in Pakistan and no doctor in London is cooperating with Nawaz Sharif,” Shahbaz Gill said sarcastically.

Shahbaz Gill said that now Nawaz Sharif would go to Adiala Jail and he would be kept there where he was lodged earlier. He alleged that both the Sharif brothers were thieves, and both had looted the country’s money. But now their excuses would not be accepted and the looted wealth would be taken back from them. It was best for them to return the looted wealth voluntarily; otherwise, they would have to go to jail and face accountability trial because Imran Khan was a true and brave leader. The special assistant to the prime minister also paid rich tribute to Major Tufail Shaheed on the day of his martyrdom and said that Pak forces were proud of their martyrs.

Earlier, he expressed his condolences on the demise of sister-in-law of former MPA Mazhar Ali Gill and prayed that may Allah Almighty rest the departed soul in peace and grant patience to the bereaved family.