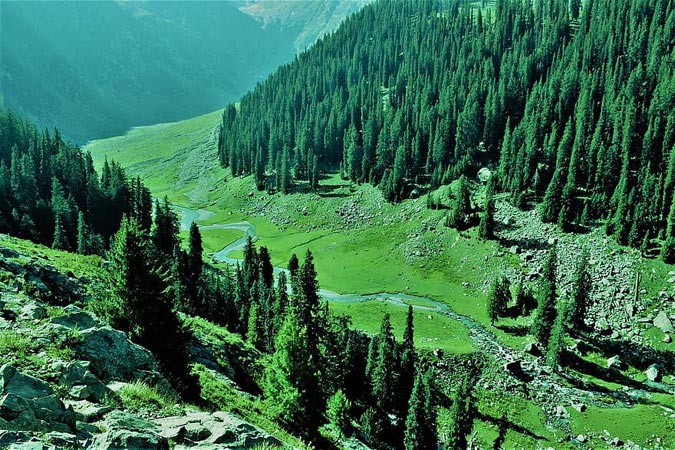 The Khyber Pakhtunkhwa government has completed assessment of carbon stock in its forests and is ready to made claim under Reducing Emission from Deforestation, Forest Degradation (REDD+) project of UN, promising incentives to the developing countries for contributing to mitigation actions to enhance carbon sinks in forest sector.

The project, executed by PFI, was initiated by government of Khyber Pakhtunkhwa in 2013 through its Annual Development Programme to achieve REDD+ readiness in the province, he told.

The total carbon stock in the forests of Khyber Pakhtunkhwa was estimated as 144.714 million tonnes, excluding merged districts where survey was not carried due to non implementation of Forest Management in the region.

It is estimated that the forests of Khyber Pakhtunkhwa sequester about 5.968 million tonnes of CO2 per year and thus play important role in climate change mitigation.

Dr Anwar Ali disclosed that the result of the inventory show that forests in Khyber Pakhtunkhwa are generally young, about 96% of the tree fall in immature classes, having very high potential for carbon sequestration as growth rate is generally very fast in these stages and they can sequester a large amount of carbon dioxide. The annual increase in carbon sequestration in KP is estimated about six million tonnes. Whereas, plants planted under Billion Tree Tsunami project will add an additional annual increase of three million tonnes, he shared.

He told that after maturity of the claims, incentives in shape of cash payments would be made to owners of the trees through Benefit Sharing Mechanism. In case of collective ownership of forests, payment will be divided among all the owners and share holders, he added.

He said credit value for payment of one tonne of carbon is estimated around US dollar 25 to 30.

About submission of claims to REDD+ for incentives, Dr Anwar Ali informed that KP is waiting for completion of carbon stock estimates by other provinces.

He said since the claim will be made on country level after compilation of data about carbon stock by all the provinces, therefore KP has to wait for other provinces to evaluate carbon stocks.