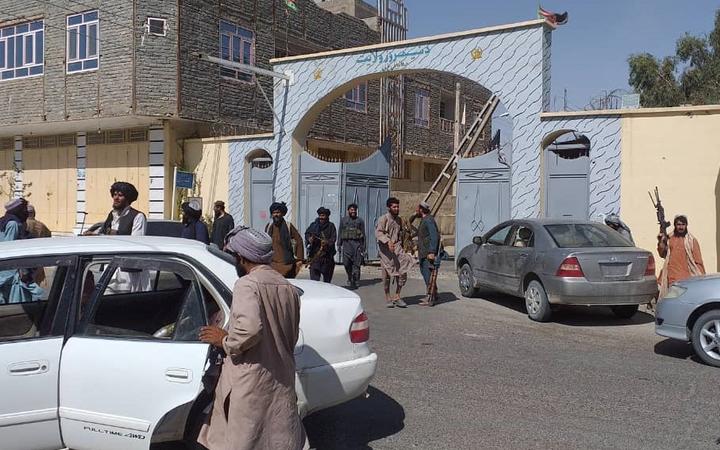 KABUL: Taliban fighters overran two provincial capitals, including the strategic northeastern city of Kunduz and northern Sar-e Pul on Sunday, local officials said, as the insurgents intensified pressure on the north and threatened further cities. Taliban fighters seized key government buildings in the city of Kunduz, leaving government forces hanging onto control of the airport and their own base, a provincial assembly lawmaker said on Sunday.

The Taliban have also taken government buildings in the northern provincial capital of Sar-e Pul, driving officials out of the main city to a nearby military base, Mohammad Noor Rahmani, a provincial council member of Sar-e Pul province, said. A Taliban offensive has gathered momentum in recent days, as the insurgents unleashed their forces across Afghanistan after the United States announced it would end its military mission in the country by the end of August.

On Friday, the insurgents captured their first provincial capital in years when they took control of Zaranj, on the border with Iran in Afghanistan’s southern Nimroz province. In recent days the Taliban have escalated attacks on northern provinces, which lie outside their traditional strongholds in the south but where the group has been quickly taking ground, often along the border of Afghanistan’s Central Asian neighbours and trading partners Turkmenistan, Tajikistan and Uzbekistan.

On Sunday, a local police source and an official source said Taloqan, the capital of northern Takhar province was also under pressure with civilians trying to flee the city and heavy fighting taking place after the Taliban seized some government buildings.Afghan security forces patrol at the Kunduz.   On Saturday, heavy fighting took place in Sheberghan, the capital of northern Jawzjan province. The Taliban said they had captured the entire province.

Jawzjan provincial council member Shir Mohammad said most of Sheberghan, including provincial government buildings, had fallen to the Taliban. An Afghan security forces spokesman on Saturday had denied the Taliban had taken the city, saying forces were working to defend Sheberghan without causing civilian casualties. On Sunday, he did not immediately respond to request for comment for an update on the situation.

In Kunduz, the Afghan security forces spokesman said that “extremely (heavy) fighting is going on”. The city is regarded as a strategic prize as it lies at the gateway to mineral-rich northern provinces and Central Asia. But a provincial lawmaker in Kunduz told Reuters the insurgents had taken key buildings in the city of 270,000 people, raising fears that it could be the latest to fall to the Taliban. “Heavy clashes started yesterday afternoon. All government headquarters are in control of the Taliban, only the army base and the airport is with ANDSF (Afghan security forces) from where they are resisting the Taliban,” Amruddin Wali said.

Taliban spokesman Zabihullah Mujahid said the group had largely captured the province and were close to the airport. Health officials in Kunduz said that 14 bodies, including those of women and children, and more than 30 injured people had been taken to hospital. In Sar-e Pul, Rahmani said: “Government headquarters, including the governor’s house, police command, and the National Directorate of Security compound, are captured by the Taliban.”