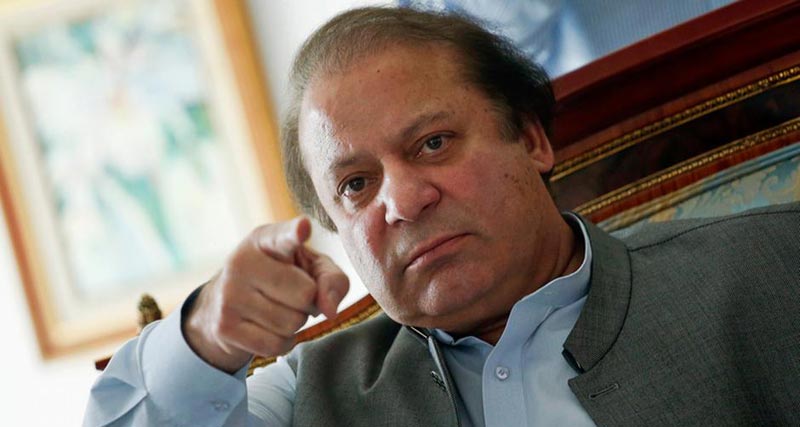 The worn-down, desperate appellant making his case in front of 10-Downing Street from his Avenfield residence could not be more different from the lion who threw artillery bombs at those who shall not be named, a year earlier. That British Home Office has refused to entertain an extension request by former prime minister Nawaz Sharif has upped the wargame to another level. With social media overwhelmed by hallelujahs and glorias, his critics are busy painting the town red over this rejection slip. The high-strung brigade of ruling parliamentarians could not chirp any louder. For, the UK government has finally rubberstamped what they had been crying all along. Though the ex-supremo’s dangerous fall in the blood platelets level had won him a hallway pass from Pakistani courts, sadly, his “mystery” platelets could not do the same trick in London. Thus, any attempts to downplay this decision and its implications would only fall flat on the ground. Quite testing times for those handed the heavy responsibility of defending their boss!

There is no denying the list of legal options available to Mr Sharif to avoid returning to the homeland anytime soon. But the rational player could not be unwise enough to know he has lost the moral fight. The power quarters may well be aware of his feel for the constituency. Yet, on what grounds can he attract the electables when his much-touted victim call has come a cropper? By wisely opting for a long-drawn-out stay in London, Senior Sharif is only endorsing the stance of the opposition camp. Wasn’t it the ever-sagacious Asif Ali Zardari who called him out for expecting other parties to fight the battle for him? Asking Mian Sahib to “please come back to Pakistan. If we want to fight, we will all have to go to jail,” was far from kind, but unfortunately, right on the mark.

If Lahori Lions are as sadiq and ameen as they swear up and down, they should have forced their supreme leader to come back and face the music. Merely firing deliberately provocative rounds could not make light of the mega-corruption cases against him. His predicament might be delayed, but he has to head back to prison. No second-guessing that!

As for the trumped-up charges, the PML-N need not worry. Going by the recent string of apparent ‘reliefs’, like restoration of local governments in Punjab, re-election in NA-75 constituency, bails granted to Hamza Shehbaz, Maryam Nawaz and even Shehbaz Sharif, the former ruling party is definitely playing on a ‘favourable’ pitch. Ergo, all that’s needed now is Mr Sharif to show up and hit the ball out of the park.

His mouthpieces’ emotions are running full-steam without any reason. You may be right in putting down “politics on the health of a three-time premier” as “inhuman,” Mr Shehbaz Sharif, but (at the risk of inviting your wrath), what do you make of furthering political agendas on the crutches of bad health? If the Big Brother has regained enough strength to enjoy casual dineouts or go for Pakistan’s jugular via a cushy video link, he is, certainly, in a good shape to head back home. Despite repeatedly pledging to come back to his votebank, Mr Sharif is apparently having a hard time accepting the seclusion of a shadowed life. As his close confidant, Shahid Khaqan Abbasi has already hinted, it is not about health anymore. The ground is being paved for battle. Is the most experienced product of Pakistan’s political board ready to show his cards?