No vacancy in Islamabad 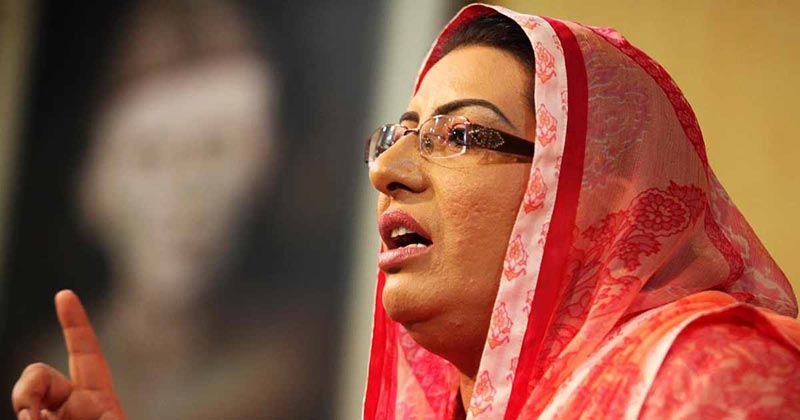 If you’re used to paying too much attention to the rumour mill you might well have believed, as so many of our readers did, that Firdous Ashiq Awan walked out of the information ministry in Punjab, and kicked the door shut on her way out just for good measure, because she was on her way back to the centre where the big boys play.

Yet it turns out that her departure from the position of special advisor to CM Buzdar on information was a lot less ceremonial that she, or some of her many friends on social media, would have us believe. The CM, apparently, wasn’t too happy with her habit of hogging the limelight and even making announcements that he had reserved for himself. And since the CM is the PM’s blue-eyed, his office just isn’t one where you can have your cake and keep eating it too.

Maybe she thought she was on the same road as one of her predecessors in the Punjab machinery, one Shahbaz Gill, who was chucked from the province but landed a very comfortable special advisory position very close to the PM. But since Firdous Appa took the opposite journey, a unceremonious discharge from the federal information ministry only to be washed up by the Punjab CM’s side just as Gill was on his way up, where she is going to land now is not very easy to ascertain so quickly.

She’s not very likely to find a very warm welcome in Islamabad since, as is becoming more apparent with each passing day, one of the things that kept her busy during her stay in Punjab was intrigues against her own colleagues, some of which are now running the federal information ministry much to the prime minister’s satisfaction.

So, in simpler words, when CM Buzdar gave her the ‘my way or the highway’ choice she clearly found herself very quickly on the highway. But this is one highway that she’s not been on ever since General Musharraf’s administration first catapulted her to Islamabad, where she stayed during the PPP administration and returned to not long after the Kaptaan came.

Now, though, she might have to wait for a long time before finding a stop where people would line up to welcome her.