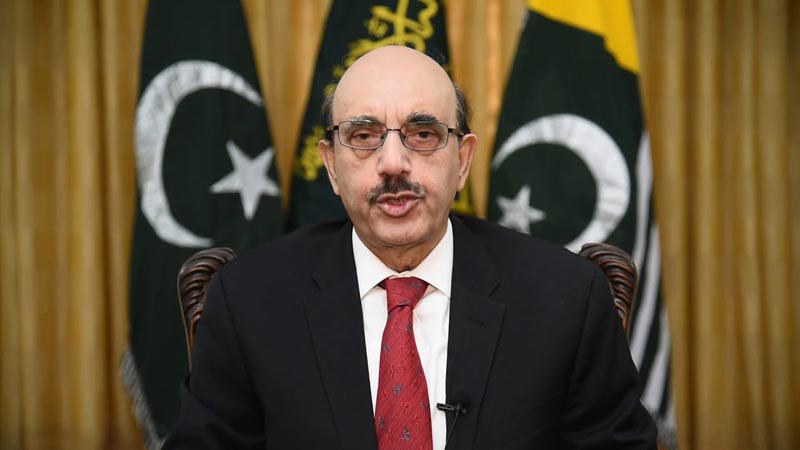 President Azad Jammu and Kashmir (AJK) Sardar Masood Khan has asked India to unshackle occupied Kashmir, open the doors of prisons and allow the youth there to live their lives in peace and freedom.

Addressing the inaugural ceremony of the Kashmir Premier League (KPL) at Muzaffarabad Cricket Stadium on Saturday, he welcomed the players and cricket fans and said that the youth in AJK have the freedom to play and opportunities for education and economic development.

“They enjoy all this because they are free while young people in the occupied part of Kashmir are being selectively killed, the doors of prisons and jails have been opened for them and the doors of education and employment have been closed for them,” he added.

Sardar Masood said that we want to send a message to India from this beautiful cricket stadium surrounded by mountains in the beautiful valley of Muzaffarabad that we will play with freedom, and a day will come when similar matches will be played in Srinagar, Jammu, Ladakh, Baramulla, Rajouri and Poonch of the occupied Kashmir.

He said that today is the time of celebration in Muzaffarabad and the world is watching it with the eye of the camera. Let India learn from this atmosphere of freedom and liberty to end the rule of oppression and military siege in occupied Kashmir.

The AJK President said that India should allow Kashmiris to breathe freely as it has also banned Kashmiris from breathing freely. “We also want to send a message to the rulers in Delhi to learn from today’s historic day and let Kashmiris in IOJK play freely,” he said. “Kashmiris are not allowed to freely speak, write or associate. The day is not far when breathing loudly would also be treated as a treasonable act”, he regretted.

Saying that today is a historic day in this twinkling stadium, watching the glittering stars on the ground and seeing our youth playing with freedom, the state president asked India to give the same freedom to the youth of occupied Kashmir instead of playing politics on cricket.