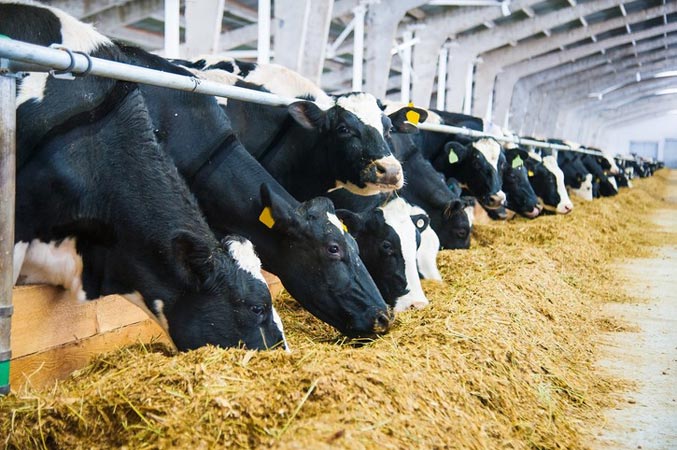 CPEC’s M-14 to help boost livestock farming, besides a lot of other opportunities for the local people, like jobs, says a report published by Gwadar Pro on Saturday.

With the completion of this section, travel time from Mianwali to Rawalpindi and other destinations would be greatly reduced with less stress for the road users. The motorway is great news for livestock owners to have easy access to markets to sell and purchase animals and to bring supplementary feeds from outside,” Muhammad Owais, a son of local farmer told Gwadar Pro.

He lives in the village of Muhammad Wala in Mianwali, Punjab. Hakla-Dera Ismail Khan Motorway (M-14), a project under CPEC, passes through his village. According to him, “The motorway has integrated with their village.It connected them to the rest of the country. At the moment they could only sell their livestock in the animal markets of Kamar Mushani, and the city of Esakhel. However the motorway would allow them to reach cattle markets of Rawalpindi and Islamabad.

Like Muhammad Owais, the livelihood of the majority of people living in rural of D.I. Khan, Mianwali and Attock districts mainly depends on agriculture and livestock rearing.

DI Khan and Mianwali have some irrigated agriculture while Attock is mainly rainfed. Livestock, for the people of these districts, serve as the main economic bank that they sell in hours of need. The villagers of these regions mainly raise sheep, goats and cows while keeping donkeys and camels for loadings.

Muzammil, 27, is another resident of Muhammad Wala. While standing in the mung bean field, he said the CPEC road explored their village. “Who knew our village before this motorway? It has integrated us with the rest of Punjab and southern KP as well,” he added.

Besides agriculture, Muhammad Muzammil also grows cattle at home. “Rainwater destroyed mung bean crops near the Indus River. Agriculture and cattle ranching are the main sources of our survival.If your crops are damaged then you only have to rely on livestock to meet household expenses,” he told Gwadar Pro.

Ataullah Khan from Kalowala village in Mianwali said, “If we could supply our products to main regional vegetable markets, we would get a fair amount,” ,adding they are anxiously waiting for the completion of M-14.

M-14 is also all set to help Attock farmers to send their poultry products across the country.

According to the Economic Survey of Pakistan 2021, more than eight million rural families are engaged in livestock production and deriving more than 35to 40 percent of their income from this source.

The four-lane motorway that starts from Yarik (D.I. Khan) on Indus Highway N-55 to Hakla on M-1 would play a crucial role in agricultural development with livestock as a key subsector.

Besides connectivity, the impact of M-14 will be felt in many ways, which means a spurt in local enterprises and small businesses to cater to the increased purchasing power of the farmers, more schools and health facilities supported by the influx of new prosperity in the area, more private and public transport,more food shops,more local production, andmore construction of residential and commercial properties.