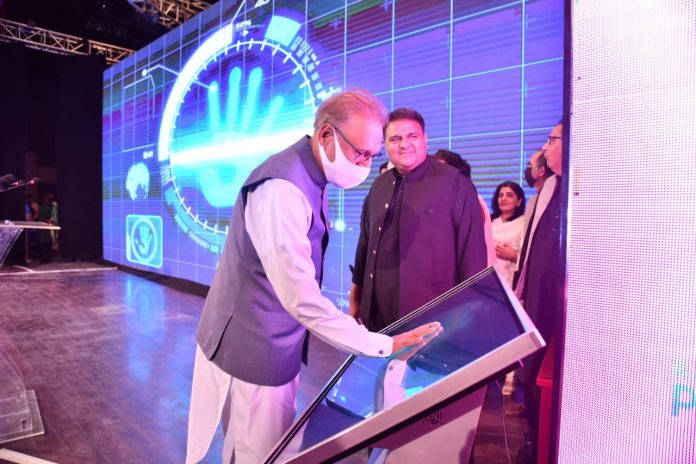 During the ceremony, the president also gave away award of ISO 9001:2015 and 27001:2013 certifications to Managing Director of Associated Press of Pakistan (APP) Mobashir Hasan in recognition of the organization’s improved quality standards of management at par with the international level.

Under the project the APP Digital would be fully operationalised and be expanded, the PTV News would go High Definition (HD), Pakistan Radio would start podcasts and the National Media University would be established with focus on art, design, animations, digital journalism, while the DMW would focus on strengthening Digital Media presence of the State of Pakistan.

The digitalization of the news and other services would provide much improved users’ experience, boost speed of news distribution and reach. The digitalisation of the Information Ministry got a boost on the personal initiatives of Federal Minister for Information Chaudhry Fawad Hussain. The project is part of the National Digital Information Platform (NDIP), aunched today, keeping in view the vision of Prime Minister Imran Khan for a Digital Pakistan.

Under the certification, the APP stands transformed from conventional to a dynamic digitalized mass media service, and aims at setting new trends and lead as a key source of digitally accessible news and factual public information.

Under the digitalization, the APP plans to expand its reach by providing customized news feed and digital content for its subscribers and the public. The APP would also acquire latest computers, video editing and transmission equipment and servers for efficient news distribution and maintaining of its digital archives.