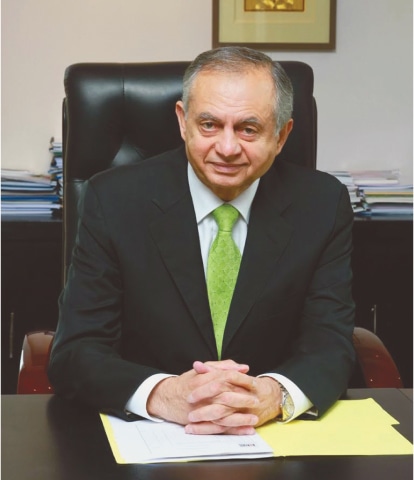 LAHORE: Advisor to Prime Minister on Commerce Razak Dawood said on Saturday that the government was fully committed to provide the best possible package of incentives to foreign and local investors. He added that investors’ facilitation would boost industrial production to strengthen the national economy which promised better living conditions of poor strata of the society.

He expressed these views during his visit to the office of Faisalabad Industrial Estate Development and Management Company (FIEDMC) here. The PM advisor also reviewed progress on the Allama Iqbal Industrial City (AIIC), the first mega project of Punjab under the China Pakistan Economic Corridor (CPEC).

Briefing the advisor, FIEDMC Chairman Mian Kashif Ashfaq said the AIIC project was being
executed on a fast track basis on the directive of Prime Minister Imran Khan. He said that facility of gas, power, water and basic infrastructure, civic centre etc required for new industrial units had been provided.

He informed the advisor that nearly 20 industrial units had started their production which
covered one third of land of the first phase of Allama Iqbal Industrial city while remaining would go into operation by the end of year.

He said the prime minister had directed to minimize the time of allotment of industrial plots to foreign and local investors, besides all investors must also be facilitated through one-window operation. He said the AIIC project spread over 3,300 acres of land was being completed on fast track which included furniture city, apparel park, modern business centre and the largest expo centre for displaying Made in Pakistan products to attract local and foreign buyers.

An amount of Rs 7.5 billions had so far been spent on the completion of first the AIIC phase, he added. Mian Kashif Ashfaq said in line with the transparent policy of Chief Minister Punjab Usman Buzdar, industrial plots were being allotted to export-based industries, imports substitute industries and relocation of local industries.

On this occasion, Razak Dawood expressed satisfaction over the pace of development and progress of this project achieved so far and also appreciated the efforts of FIEDMC Chairman Mian Kashif Ashfaq in this regard.