* Immensely-talented American singer/actor Greg Felden talks exclusively to Daily Times about his venture into music, Americana as his genre and his most special song 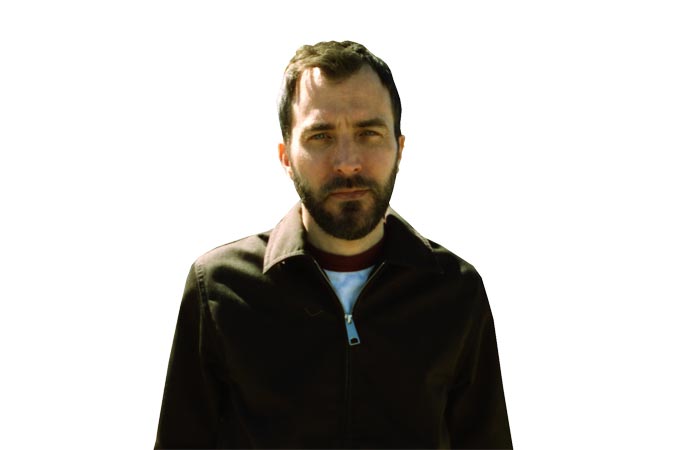 A couple of months ago, while binge-watching multiple award-winning comedy show ‘Grace & Frankie,’ I happened to listen to a fabulous track called “Incoming” that was sung by Greg Felden and was featured in Season 6 Episode 12.

I listen to a lot of ballads and slow heartfelt tracks sung in the most beautiful of voices, but this one stayed with me a long time. I reached out to the artist and asked him about his current projects, his acting stints and tracks he’s working on nowadays.

Greg Felden is an approachable, humble and extremely professional artist who lets his work do all the talking. He’s a breath of fresh air in an industry that makes more noise and gets less work done.

“I wrote ‘Incoming’ several years ago. It was inspired by something that happened to a friend of mine and it’s on my album. The team behind the show thought it was perfect for the emotional moment of the scene and decided to use it. It’s pretty great to be on such a quality show and to have my song underscore legends like Lily Tomlin and Jane Fonda. As I said, it’s also found listeners from a lot of places that might not have otherwise heard my music – like you, for example! I’ve heard many stories from listeners about how it’s affected them. It’s been a very special experience overall,” he says while talking exclusively to Daily Times.

Felden ventured into music at the age of six with the violin, which he played for many years.

Greg Felden is an approachable, humble and extremely professional artist who lets his work do all the talking. He’s a breath of fresh air in an industry that makes more noise and gets less work done

“I played classical music and learned fiddle for a little while. It got tough to keep with it when my parents divorced and we moved around a lot. As a teenager, I lost my way a bit. I was skipping school and hanging with a bad crowd. My father agreed to hand down his guitar if I would really work at it. I spent every waking hour picking out anything I could, mostly from my parents’ records. I played solo shows for a long time in New York. When I moved to Los Angeles, I found a great community of musicians and fans who loved the same music. I started playing with a band at a number of local venues before recording and releasing my first album a couple of years ago,” he says.

“When The Change Comes,” “Tell Me What’s Broken” and “Every Time” are some of the singer’s tracks that I also liked and that made me stream some of his others like “Better This Way.” I asked him which of his songs hold a special place in his heart or some that he feels he’s done a great job with according to him.

“You want me to choose from my children? I’m kidding. They do all have a story or something about them I value, but there are a couple that stand out. I lost someone I loved to cancer as my album ‘Made of Strings’ was being recorded. She deeply connected to ‘Take You Back Home,’ so that has taken on special meaning for me. ‘Incoming’ is another. Since it was featured on the show ‘Grace & Frankie,’ I’ve received many messages from people all over the world who have connected with it. A lot of them have said it helped them through a difficult moment in their lives. That means the world to me,” he says.

Immensely-talented singers like Felden should be writing and performing more as seldom do we get to hear meaningful tracks that strike a chord with the audience and what a major chunk of us can relate to. As for now, while the pandemic limits a lot of his plans, we can only imagine Felden pouring his heart out penning lyrics to songs he’s working on from the comfort of his home studio; songs we’ll get to hear on release or when he starts touring again

I notice how most of Felden’s songs are ballads and slow tracks with beautiful lyrics that compel me to ask what his genre is and who’s brain is behind these lyrics, to which he says, “It’s tough to talk about genres when it comes to your own music, at least for me and many of the artists I love are hard to categorise. That said, Americana is what most people would call what I do. It’s a term that was invented to capture a lot of music that is inspired by country, folk, blues, rock – roots music, really – but that wouldn’t fit neatly on popular country radio stations. Artists like John Prine and Lucinda Williams are some of the most well-known, but the term encompasses a lot. I thought I wanted to be a rock star when I first started with guitar, but I wound up falling in love with the country and folk music my parents listened to, so that’s a big influence. I also grew up in the Pacific Northwest where there were a lot of great indie songwriters and indie rock artists. Really what I love are great songs. All the music I’ve released I’ve written myself, and writing is definitely a very personal thing for me, but I’m looking for more opportunities to write with others. It’s a different muscle and one I’d like to develop.”

Felden has also tried his hand at acting, something which I discovered later while running my research on him.

“Music brought me out of my shell as a kid and I wound up getting involved in theatre, too. I was acting and playing music both for many years in New York before auditioning for Yale School of Drama on a lark and getting in. Being there was an incredible experience and led to a lot of interesting experiences. I’ve done all kinds of work, from episodes of television shows like Mad Men, to experimental theatre, to a show I devised by interviewing factory workers, to voices for anime and animation. A lot of my work as an actor has involved music in some way,” he informs.

The pandemic has pushed Felden to work on his writing, he says and also has a lot of new songs in the works that he’s excited about. At the same time, he’s exploring new sounds and new ways of writing.

“That’s what I think writing really is – digging for the deepest parts of you and what you have to say. When the songs are ready, I’ll get into the studio. I had a tour booked before the pandemic that had to be cancelled. I do hope to get back on the road soon, and I started that process again recently, but the Delta variant has given me pause. I’ll be playing some, but I don’t want a show to be the source of anyone’s illness, so I’m being cautious,” he tells me.

Immensely-talented singers like Felden should be writing and performing more as seldom do we get to hear meaningful tracks that strike a chord with the audience and what a major chunk of us can relate to. As for now, while the pandemic limits a lot of his plans, we can only imagine Felden pouring his heart out penning lyrics to songs he’s working on from the comfort of his home studio; songs we’ll get to hear on release or when he starts touring again.