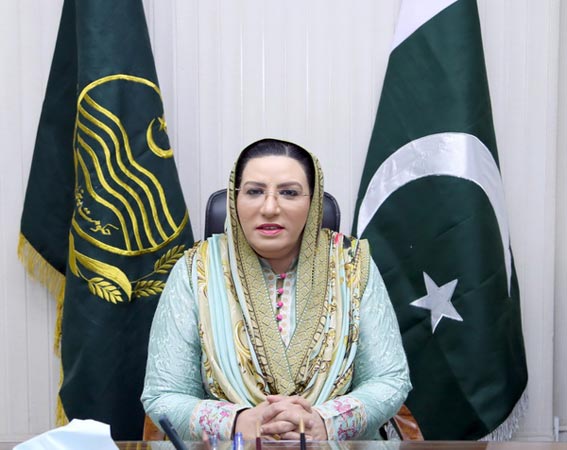 In yet another twist in Punjab, doors of 8 Club Road have been bolted shut on the skipper’s hail-mary-pass. Sialkot heavyweight Firdous Ashiq Awan has been asked to leave the information office by CM Usman Buzdar. What an anticlimactic end to her rescue mission in the heartland!

“Chief Minister has been pleased to accept the enclosed resignation tendered by Ms Firdous Ashiq Awan from the office of Special Assistant to Chief Minister on Information. Further necessary action may be taken accordingly,” a statement issued by CM Punjab’s Office on Friday read.

Sources close to CM House were hinting at a spat between her and the boss for quite some time now. Reportedly annoyed, CM Buzdar had previously looked askance at the performance of his counsel on numerous occasions. But neither of his notices resulted in any improvement in the affairs. Ms Awan is said to not pay heed to any advice. Previously, the rumour mills were churning fodder regarding her being kept confined to her office. There was said to be no access to the CM or his office. The obvious prior show of no confidence has now led to the final nail being hammered. Taking the easy way out, Mrs Awan had dashed to Sialkot to participate in her campaign. The pretext of the forthcoming elections was quite an apt way to paint the development in a plausible and honourable manner. However, she had appealed her case to the main authorities who directed her to sit tight. If speculations are to be believed, she has landed back at her original slot.

The warrior returns to the centre, just where her stint had started in General Musharraf’s time as a part of Q League! She had then taken a pitstop under the shade of PPP before jumping to the ballay-wala (PTI) bandwagon.

Call it irony but this government has repeatedly seen a constant conundrum as far as its important slots are concerned. While the latest instalment of the administrative confusion saw Punjab’s information pundit fighting for her survival, a similar reshuffling was seen in police and bureaucratic circles.

According to the sources, this downfall was imminent in the face of repeated notes of caution from the CM house. Still, there was no mending of her ways. Whether it is to annoy Buzdar or revel in the confidence from Islamabad, Firdous Awan did put up a relentless fight. The fact that she is used to acting like a federal information advisor, not the provincial head, largely led to her rubbing the man-in-charge the wrong way. The bone of contention does not end here as the complaints were manifold, including the utilisation of advertising funds, lack of proper projection for Punjab development projects, ignoring CM advice, politicking and lobbying against her colleagues.