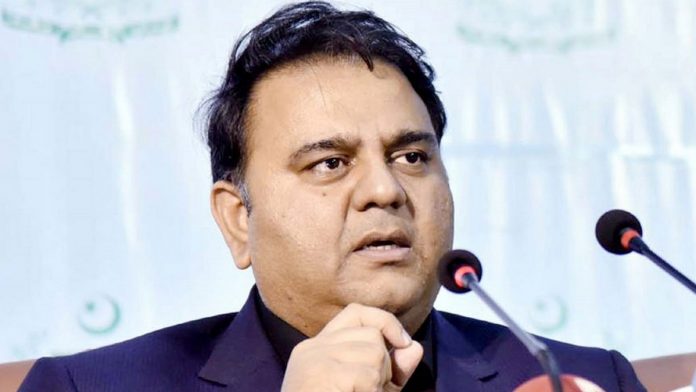 Federal Minister for Information and Broadcasting Chaudhry Fawad Hussain on Friday called for awarding exemplary punishment to those involved in Ganesh Mandir incident in Rahim Yar Khan. In a media talk, the minister while strongly condemning the temple incident said that Pakistan is not India and that no fascist ideology can rule here. No one was allowed to hurt sentiments of the Hindu community, he remarked. He said it was duty of all Pakistanis to respect and sanctify the two colours in the national flag in which white colour represents minorities. The prime minister and the chief justice of Pakistan have taken personal notices of the matter, he added. Fawad Hussain said that the prime minister, the political and military leadership and the courts wanted to ensure protection of the minorities’ rights as envisaged in the Constitution. “We must stand up against those who target our Pakistani brothers on the basis of race, colour or creed,” he said, adding that the future of Pakistan is a progressive country where minorities are completely safe.