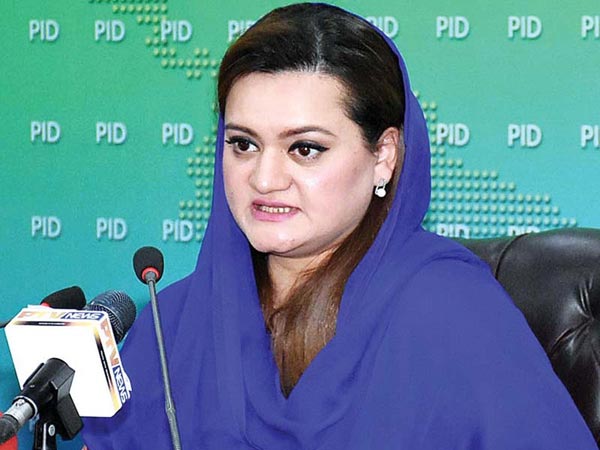 PML-N spokesperson Marriyum Aurangzeb Friday said that Nawaz Sharif through his lawyers has filed an appeal in the immigration tribunal against the UK Home Office’s decision. Addressing to a presser, she derided that the hired mouthpieces of the government were overjoyed after the rejection of Nawaz Sharif’s request to extend his visit by the UK Home Office. She said that Nawaz Sharif submitted an application for the extension of his stay in the UK and it’s a usual practice. She flayed the mouthpieces of government, dubbing them a hired lot. She remarked that they keep on changing their loyalties. She held that federal and provincial governments allowed Nawaz Sharif to get his treatment abroad. She declared that the PML-N supremo’s stay in the UK was legal till the decision of the immigration tribunal, adding that the UK Home Office order would remain ineffective till the verdict of the tribunal. She rued that the government had framed fabricated cases of corruption against the PML-N leader but it had failed to prove any charge of corruption against him. She said Nawaz Sharif came back to Pakistan from the UK along with his daughter Maryam Nawaz after the court convicted him. She was of the view that if the NAB-Niazi nexus wanted to further interrogate him, they could have done so while Nawaz was in jail. She questioned how many other prime ministers presented before the NAB along with their daughters.

She mocked that Nawaz who came back to Pakistan holding the hand of his daughter, his opponents were saying that he had fled the country. She said when the condition of Nawaz Sharif deteriorated, he was admitted to the Services Hospital where the number of his platelets were reduced. She said that to ascertain the health condition of the PML-N supremo, Prime Minister Imran Khan had sent a team of ShaukhatKhanum Hospital doctors. She further stated that the officials of Intelligence Bureau had also kept a watch on him at the hospital.