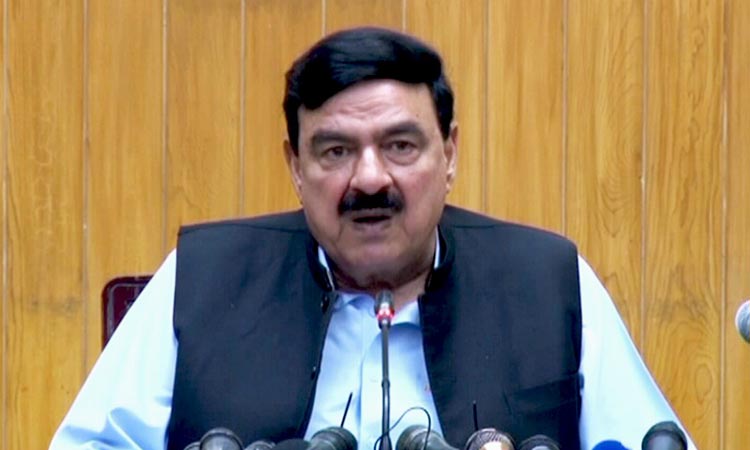 Interior Minister Sheikh Rasheed on Friday said the federal government is ready to issue documents to former prime minister and Pakistan Muslim League-Nawaz (PML-N) supremo Nawaz Sharif if the latter is willing to return to Pakistan following rejection of his request for visa extension by the UK government. While chairing a high-level meeting at the Interior Ministry to discuss the law and order situation in the country, particularly in view of approaching holy month of Muharram, he directed the law-enforcement agencies (LEAs) to ensure that no untoward incident took place during the holy month. Representatives of the LEAs from Islamabad, Punjab, Balochistan, Khyber Pakhtunkhwa (KP), Gilgit Baltistan and Azad Jammu and Kashmir attended the meeting. The minister, on the occasion, assured the LEAs’ heads that the federal government would provide all possible help and resources for the purpose. He said that a special force of ordinary people called civilian armed forces would be constituted to assist the governments in maintaining peace during the holy month. “Special arrangements will be made for ensuring sectarian harmony and security in sensitive areas,” he told the meeting. Rasheed said he would also visit provincial capitals in days to come to review the arrangements made to make sure that Muharram passes off peacefully.