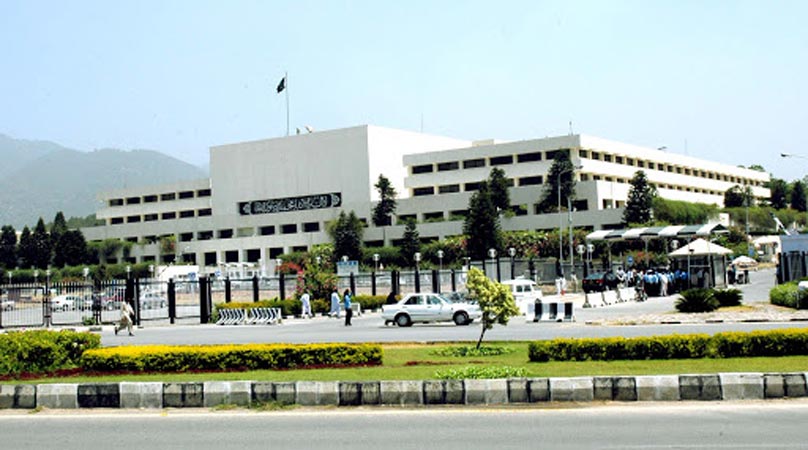 Strongly condemning the Hindu temple attack in Rahim Yar Khan, legislators in the Lower House of Parliament, on Friday, passed a sacred resolution, which denounced the attack.

They termed the attack as totally against the Islamic values and also against the Constitution of Pakistan, which ensures equal rights for all, irrespective of caste, color and religion. The resolution was moved by the Minister of State for Parliamentary Affairs Ali Muhammad Khan.

In his address to the house, Parliamentary Affairs minister said that the Prime Minister Imran Khan has also condemned the incident and issued directions to bring the culprits to justice. He added that the incident has damaged Pakistan’s reputation internationally.

According to the resolution, “Islam and the Constitution of Pakistan provide protection to the rights of non-Muslims,” adding that this House also reaffirms the commitment to their protection.

He further said that those behind this despicable incident have nothing to do with Islam and humanity, adding that the entire Pakistani nation stands by the Hindu community in this hour of grief and sorrow.

The minister also assured that the culprits would be arrested and exemplary punishment would be given. He said that the non-Muslims enjoy equal rights in Pakistan, but regretted that the minorities in India are not safe from the Modi government’s oppression.

Minister for Human Rights, Shireen Mazari, pointed out that Prime Minister Imran Khan took notice of the attack on the temple and directed the Inspector General Police of Punjab to not only arrest the culprits but also look into the police negligence in this matter. She claimed that an FIR has been registered and the suspects are being arrested. She said the Prime Minister has also assured to restore the temple at the government’s expense. She, however, asked the opposition members not to do politics on such matters.

Speaking on the occasion, Deputy Speaker, Qasim Suri, said that the Constitution ensures equal protection to non-Muslims and their worship places and it is the duty of the government to protect them.

Earlier, the members belonging to different parties strongly denounced the attack on a Hindu temple in Bhong area of Rahim Yar Khan. They demanded investigation into the despicable incident and immediate arrest of the culprits. They said steps should be taken to avert such incidents in future.

Jay Parkash said that it was negligence on part of the police who was present when the mob attacked the temple. There were feelings of insecurity among Hindu community in Pakistan, adding that the tension there had continued for the last three days, but the administration failed to take proper action. Ramesh Lal informed the House that, for the last three days, the supply of water was suspended to 100 houses of Hindus. During the attack the motorway was blocked, adding that DPO and DC Rahimyar Khan were responsible for the attack.

Several other non-Muslims legislators took part in the discussion and demanded the government to provide them proper security. Meanwhile, the House passed two resolutions for further 120-day extension in Presidential ordinances that included the Election (Second Amendment) Ordinance, 2021 and the Protection of Parents Ordinance, 2021.

Other two Bills were also laid before the House that included the Oil and Gas Regulatory Authority (Amendment) Bill, 2021 and The Civil Unmanned Aircraft System Bill 2021.