Pakistan won’t budge on its stance on Kashmir: envoy 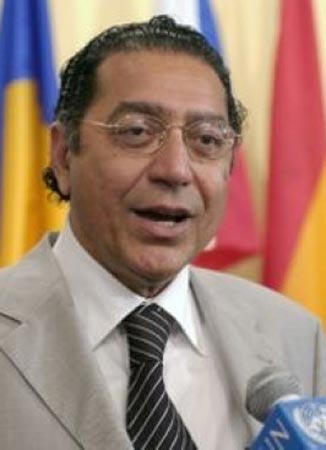 Pakistan will never relinquish its “principled support” for the Kashmir cause in the face of any pressure, including Indian-sponsored terrorism and threats of use of force, Ambassador Munir Akram said.

Addressing a well-attended meeting to commemorate “Youm-e-Istehsal”, the second anniversary of the Indian siege of occupied Jammu and Kashmir, the Pakistani envoy said Islamabad will continue to support the implementation of the U.N. Security Council resolutions which demand a plebiscite in the disputed territory and the exercise of self-determination by the Kashmiri people.

Due to the heroism of the Kashmiri people and Pakistan’s efforts, he told the cheering members of the Pakistani and Kashmiri diaspora that the Kashmir cause is once again at the top of the international community’s agenda, and the Security Council has considered the situation in the disputed territory three times since 5 August 2019, the day India lockdown the Himalayan state.

Ambassador Akram added that Prime Minister Imran Khan’s commitment to Kashmir cause was “unquestionable ” and that he demonstrated that in his forthright address to the UN General Assembly.

At the outset, messages of President Arif Alvi, Prime Minister Imran Khan and Foreign Minister Shah Mahmood Qureshi for the occasion were read out.

“When India took its unilateral illegal measures of 5 August 2019 – to lockdown occupied Jammu & Kashmir – it was the largest imprisonment of an entire people – 8 million of them – in modern history,” the Pakistani envoy said. “With 900,000 troops stationed there, it is also the “densest” occupation in history – with one Indian soldier to every 8 Kashmiri man, woman and child.

“And, today, 730 days after, it is the largest and longest siege of an entire nation”.

In a letter to the UN Security Council and UN Secretary-General, FM Qureshi said India imprisoned the entire Kashmiri political leadership; illegally detained 15,000 Kashmiri youth; tortured thousands of them; extra-judicially killed young boys; put down peaceful protests violently, including by the use of pellet guns; curtailed the freedom of religion and expression; and imposed collective punishments by demolishing and burning entire neighborhoods and villages.

“This reign of terror – this state terrorism – unleashed on innocent Kashmiris by India’s occupation forces, violate international human rights and humanitarian laws and constitute atrocity crimes and crimes against humanity”

Ambassador Akram said, “To coerce Pakistan into compromising its principled support for the legitimate freedom struggle of the Kashmiri people, India has promoted a systematic campaign terrorism against Pakistan, using sponsored proxies from the territory of another neighbouring country. These terrorists’ attacks include the recent bombing in Lahore.”

“Despite Indian-sponsored terrorism and threats of use of force, Pakistan will never relinquish its principled support for the legitimate Kashmir cause – for the implementation of the Security Council resolutions which demand a Plebiscite in Jammu & Kashmir and the exercise of self-determination by the Kashmiri people.,” he added.

“I am convinced that sooner rather than later, India and its leaders will be held to account for their crimes in occupied Kashmir,” the Pakistani envoy said.

“The world will not forever remain silent on the killing of more than one hundred thousand Kashmiris, the enforced disappearances and torture of thousands of youth; the recorded rape of over 11,000 Kashmiri women; the extra-judicial killing of thousands who lie in unmarked graves; the massive destruction of property, farmlands and livelihoods; the demolition of religious sites – all crimes that are sought to hidden from the world’s view by the restrictions imposed on the freedom of expression and the press”.

“While Government of Pakistan will continue to raise the cause of Kashmir on all forums and at every opportunity, I would urge all of you – members of the Pakistani and Kashmiri diaspora – to continue to join together in raising your voices against the Indian siege of Kashmir and the atrocities and crimes being committed against the Kashmiri people in occupied Jammu and Kashmir.”

“The people of Jammu & Kashmir have stayed steadfast in their struggle for freedom for over 100 years,” Ambassador Akram pointed out. “History testifies that a people who want their freedom so consistently and courageously will always succeed in their struggle,”

A photographic exhibition, depicting the Kashmiri people’s struggle for freedom from India’s yoke and their sufferings, was organized by Pakistan Mission to the United Nations , New York ,in observance of Youm-e- Istehsal. The meeting ended with “dua” for an end to the Indian occupation of Kashmir.