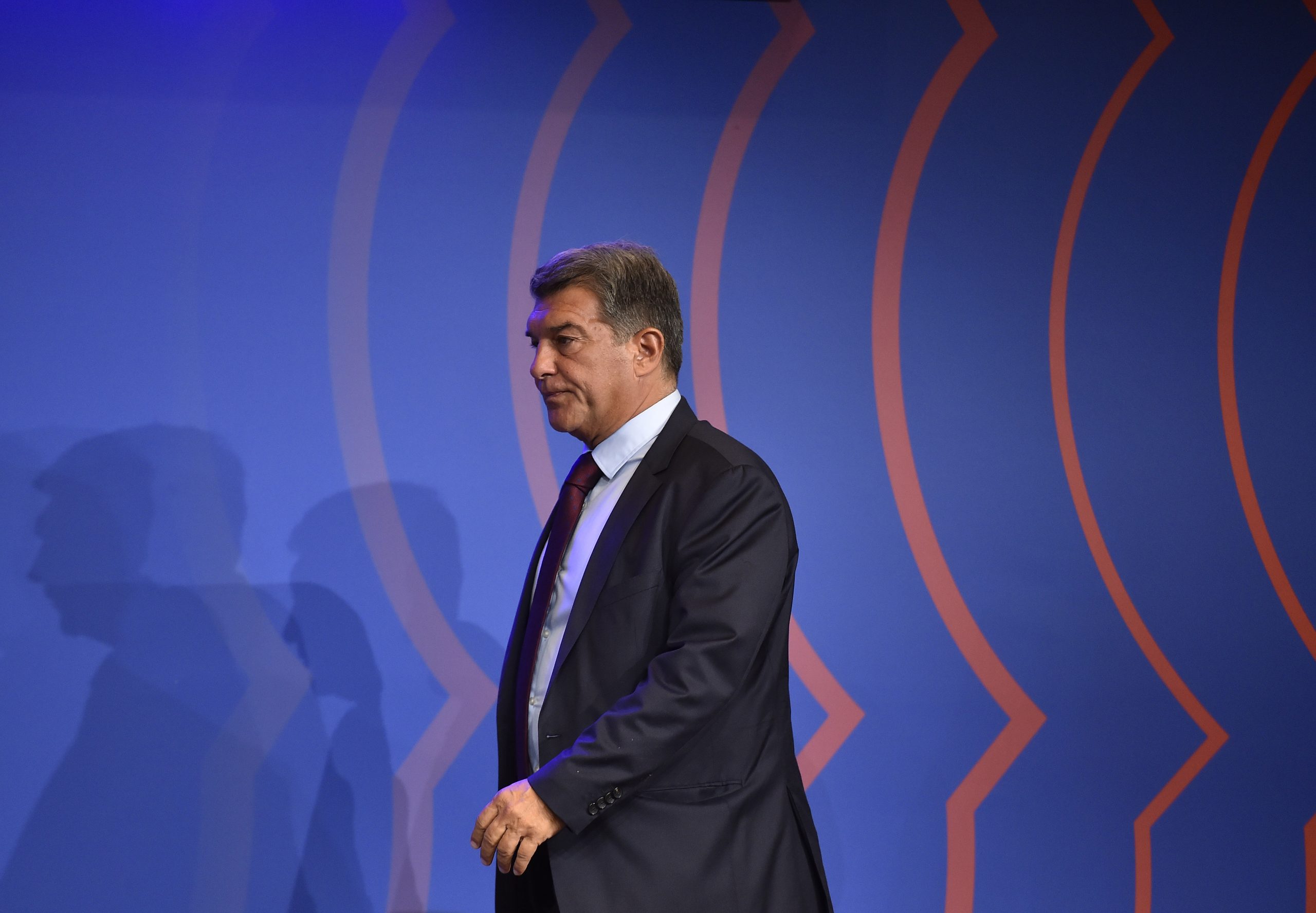 Barcelona’s negotiations with Lionel Messi are over and the striker is considering other offers, the club’s president Joan Laporta said on Friday.

Laporta said in a press conference he was not prepared “to put the club at risk” by renewing Messi’s contract, with Barca facing huge financial problems ahead of the start of La Liga.

“Yesterday we realised it was over. I had the last conversation with Leo’s father,” said Laporta.

“I do not want to give false hope. The player has other offers and there is a time limit because La Liga starts soon and he needs time to assess his other options.”

Paris Saint-Germain are expected to lead the chase for Messi but Manchester City, who attempted to sign the Argentinian last year, could also join the bidding. “It’s logical he will have some big offers,” said Laporta.

Messi reached an agreement with Barcelona to sign a five-year contract with the trade-off that he earns 50 percent less per year.

But La Liga’s financial fair play rules, which are expected to reduce Barca’s salary limit to less than 200 million euros this season, led Laporta to conclude they were unable to complete the deal.

“We could not accommodate Messi’s contract,” said Laporta, who was re-elected as club president in March.

“The situation we have inherited is abominable and the sports salary bill represents 110 per cent of the club’s income. We have no margin for salaries.

“La Liga’s rules set limitations and we have no margin. We knew the situation since we arrived but the numbers we have seen are even worse than we thought.”

Barcelona have total debts of almost 1.2 billion euros, with more than half of that needing to be repaid in the short-term.

Laporta said they have found the club’s losses for the season just ended to be almost 500 million euros, more than double what they expected.

La Liga announced a deal with American private equity firm CVC earlier this week that agreed to sell 10 per cent of the business for 50 years, in exchange for an immediate injection of 2.7 billion euros. Clubs in Spain’s top two divisions would receive 90 per cent of the funds.

Laporta said Barca could have registered Messi by agreeing to the deal but insisted it was a risk he was not prepared to take.

Barcelona and Real Madrid have both publicly objected to the CVC agreement, with both clubs still in favour of, and attached to, the European Super League.

“We were not prepared to put the club at risk in this way,” said Laporta. “Barça had to be in favour of a contract that would mortgage our television rights for half a century.

“I am not willing to mortgage the club for anyone. We have an institution that is above everyone, even the best player in the world.”

Messi tried to leave Barcelona for free last year but was forced to stay after the club told him an exit clause in his contract had expired.

The 34-year-old set aside his disappointment under coach Ronald Koeman, finishing last season as La Liga’s top scorer and scoring 38 goals in 47 games in all competitions.

His form, and Laporta’s re-election as president, changed the dynamic and the expectation was Messi would sign a new deal this summer.

“Leo wanted to stay and he’s not happy,” said Laporta. “We all intended for him to stay and now he faces, like us, the reality.”

“The squad has a strange feeling, a certain sadness,” said Laporta. “I have told the players that a new stage in Barca’s history is beginning and that we have to continue winning without Messi. There is maximum commitment and professionalism.”

Laporta said he felt “sadness and disappointment” but that he “did everything possible” to keep Messi, who joined Barcelona aged 13 and went on to score 672 goals in 778 appearances for the club.

Messi won La Liga 10 times and the Champions League four times. He is also a six-time winner of the Ballon d’Or and widely considered to be the greatest player of all time.

“There is a before and after Leo,” Laporta said. “Leo Messi has been an icon and has left some historic moments. We have eternal gratitude to him.”