Fascinating ghost towns across the globe

* Eventually, with time, these places have been deserted for the said reasons 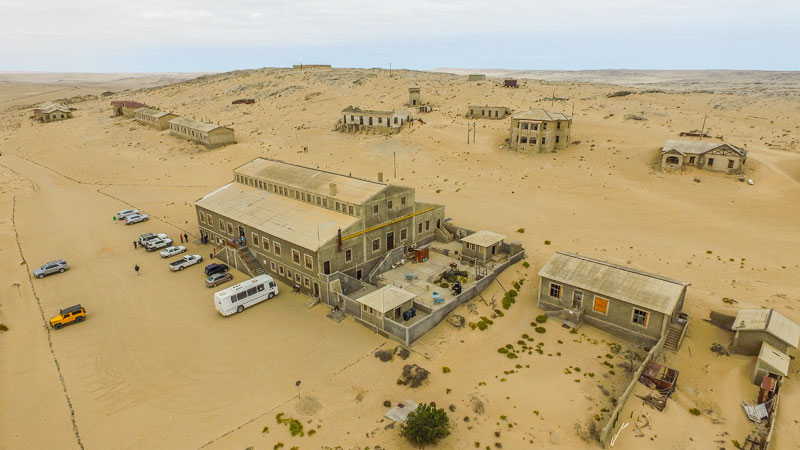 Just like there are popular tourist spots that attract tons of tourists every year, there are an impressive number of places, known as ghost towns, which remain abandoned until date.

From disaster areas to closed mining camps and former battlefields, these locations were once thriving.

BODIE, CALIFORNIA — although it’s the second largest city in California, it remains deserted now. In 1859, this spot served as a mining camp, when people had seen gold in its hills. The town then witnessed a boom, its peak, and then fire that blazed it to the ground. This ghost town was designated a historic site nearly 50 years ago, where one can visit and wander along abandoned streets where around 10,000 people lived back in the 19th Century.

KOLMANSKOP, NAMIBIA — the city of Kolmanskop became one of the richest towns in Africa, after a diamond boom in 1910. The region became to be known as one of the most prominent sites of the precious gem. If reports are to be believed, more than 4 million carats of diamond were produced during the first six years of mining. However, due to intensive mining, the area was depleted by the 1930s and the fate of the town was finally sealed. Inhabitants left homes and their possessions, and the town is mostly covered by the Namibian desert today.

PRIPYAT, UKRAINE — nearly thousands of people were forced to evacuate from this city, due to emergency evacuation following the Chernobyl nuclear disaster in 1986. Since the city was located at a mere 3km distance from the reactor, more than 49,000 residents had to leave the city. As per the reports, Pripyat was declared too radioactively dangerous for at least 24,000 years for human habitation. As of now, the city remains abandoned due to high-level radiation that continues to poison the region.

CONSONNO, ITALY — on January 8, 1962, the fate of this city changed, when businessman Mario Bagno bought this entire town for 22,500,000 lire. He dreamt of turning this northern town into Italy’s own Las Vegas. To accomplish his dream, the businessman bought every lot in the area, bulldozed every structure and built hotels, casinos, and restaurants. However, a 1976 landslide cravaged his dream as the landslide swept away the only road that led to the town. Thus, the project also had no chance to survive. Today, Consonno still stands tall, but remains abandoned and its buildings are in despair.

ORADOUR-SUR-GLANE, FRANCE — it’s a site that witnessed brutal atrocities during World War II. In 1944, the entire French village was destroyed and its inhabitants were massacred by the German Army. As per the reports, more than 600 men, women, and children were killed, whereas the buildings were set on fire. Reports suggest that this was the largest civilian massacre that was perpetrated by the Germans on French soil. After the atrocity, this spot had been referred to and considered as a martyred village. Till date, although the spot is abandoned, the ruins of this village remain preserved, which serve as a memorial to the victims.