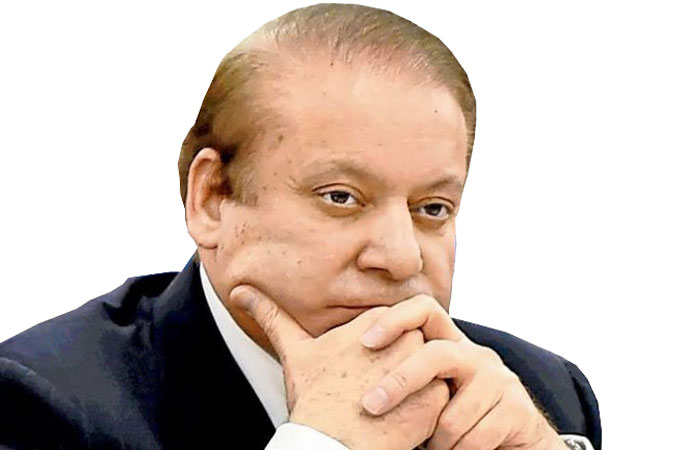 The British authorities have turned down a request by former prime minister Nawaz Sharif for an extension in his visit visa, reports said on Thursday.

The PML-N spokesperson clarified that Nawaz “has not and will never seek political asylum”. “These people have nothing better than to do than to speak lies about Nawaz Sharif every day,” she said.

Nawaz’s six-month visit visa had expired, after which he had put in a request with the UK Home Office to grant him an extension on health grounds. The immigration department, however, denied the request.

Nawaz now has two options: to appeal the decision with the department, and in the event it is turned down, he can approach British courts. The Sharif family also confirmed the development, with Nawaz’s son Hussain Nawaz saying the decision will be appealed.

Federal Minister for Information and Broadcasting Fawad Chaudhry, reacting to the development, said the former prime minister only has a couple of options left. “The first is that he can go to the Pakistani embassy, where he will be provided with temporary travel documents, through which he can travel back to Pakistan and answer for the crimes he has been charged with,” he said. “The second option is that he can challenge the decision -and he does not have any grounds for that as he is not sick,” he said. “We have seen him [in videos] walking in London, and dining out in restaurants. He will now lie to British courts of his sickness. He might even get sentenced for lying,” he added.

He said that in his opinion, Nawaz should come back to Pakistan by obtaining temporary travel documents and face the charges against him in the country’s courts. “Imran Khan and PTI have no personal enmity with Nawaz. The only issue we have is that he laundered billions of rupees abroad and is now an absconder,” he said.

He said the laundered money should be brought back to Pakistan, and that if Nawaz returns the money, “he can come back and live at his home in the country”. “It is simple: Either you return the money or you go to jail,” he maintained. The minister said the Pakistani people and government had urged the British government to “not give refuge to such persons who are involved in billions of rupees worth of corruption”.

Minister for Interior Sheikh Rasheed said that Nawaz’s passport – a diplomat passport owing to him being a former prime minister – had expired on February 16 and that he is “no longer a citizen of Pakistan”. He said after the expiry, Nawaz had not applied for a renewal. “If Nawaz Sharif wishes to come to Pakistan, he can obtain a passport within 24 hours,” he said. He said the embassy can only issue a passport for his return to Pakistan.

Rasheed said that Pakistan has been trying to bring Nawaz back for a while but is unable to do so. “Only Nawaz knows whether or not he wishes to come back,” he remarked, adding that Nawaz cannot travel anywhere with his expired Pakistani passport.

In December last year, Adviser to the Prime Minister on Accountability and Interior Mirza Shahzad Akbar had told a press conference that Pakistan had written a letter to the UK for the cancellation of Nawaz Sharif’s visa, which was issued for medical treatment after taking an undertaking. The six-month visa had not been extended by the UK, he had said at the time, adding that negotiations were continuing with UK for the deportation of Nawaz.