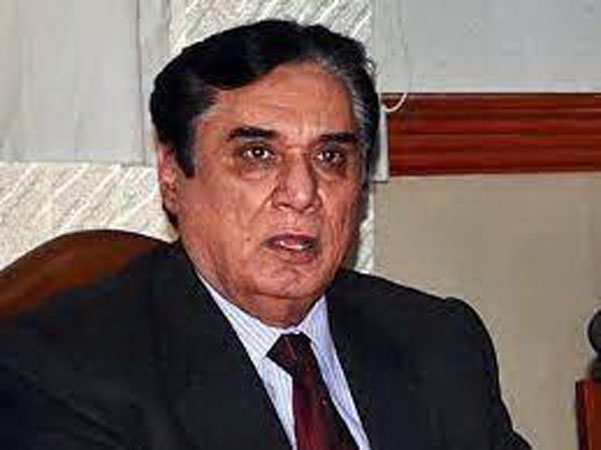 The National Accountability Bureau (NAB) has approved a fresh inquiry against PML-N President Shahbaz Sharif over alleged allotment of land.

The inquiry was approved during a meeting chaired Chairman NAB Justice (retd) Javed Iqbal. During the meeting, NAB’s Executive Board approved filing a corruption reference against Munir Ahmed, Project Director, Pasni Fish Harbour Authority, and others for alleged abuse of authority and misappropriation of government funds, which inflicted a loss of Rs 412.18mn on the national exchequer.

Addressing the board meeting, NAB chief said that bringing mega corruption cases, especially those involving relating to sugar, money laundering, fake accounts, abuse of authority, assets beyond known sources of income, illegal housing societies and Mudarabah to their logical conclusion was the bureau’s priority. He said NAB has recovered a record Rs533bn directly and indirectly from corrupt elements in the last three years.

However, he also praised the services of the country’s bureaucracy, referring to them as Pakistan’s backbone. “The Bureau acknowledges the meritorious services of bureaucracy,” he said.

Since inception, NAB has recovered Rs 814 billion directly or indirectly from the corrupt. Bureau is making sincere efforts to recovered looted money from Modarba scam illegal housing societies. NAB has so far returned billions of looted money to effectees of illegal housing societies. Of which the effectees thanked the chairman on this act of kindness. The bureau is focal organisation of Pakistan under United National Convention against Corruption (UNCAC).

The NAB is a role model not only for Pakistan but also for entire SAARC countries as NAB had been unanimously elected as Chairman of SAARC Anti-Corruption Forum which was great achievement of Pakistan due to NAB’s efforts.