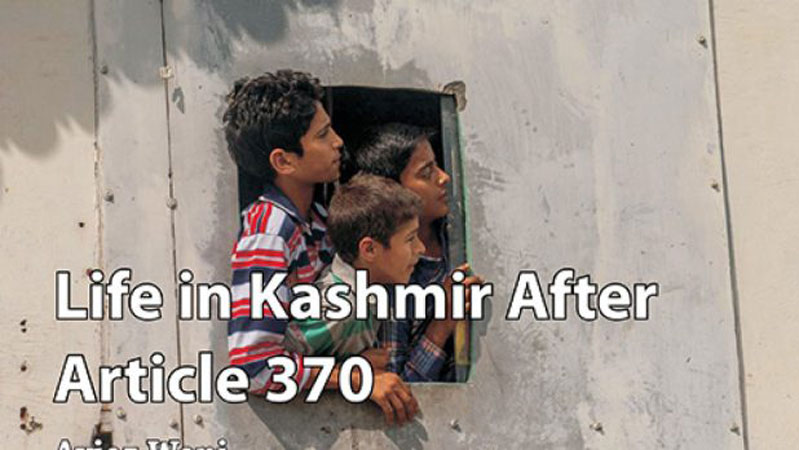 A report released by the Research Section of Kashmir Media Service on the completion of two years to the Modi regime’s illegal and unconstitutional move, today, revealed that Indian troops have martyred 411 Kashmiris including 11 women during the period. It said that senior Hurriyat leader, Muhammad Ashraf Sehrai, was among dozens of Kashmiris who died in the custody of Indian police. It said that at least 2,047 people were critically injured due to the use of brute force including firing of bullets, pellets and teargas shells by Indian troops, paramilitary and police personnel on peaceful demonstrators and mourners in the territory.

The report pointed out that the killings since August 05, 2019 have been higher than those in 2011, 2012, 2013, 2014, 2015 and 2019. It said, most of the victims were killed in fake encounters and in custody during violent cordon and search operations in the length and breadth of the territory. It said, many youth were picked up from their houses and then eliminated after being labeled as mujahideen or overground workers of mujahid organization. It added that most of the arrested youth were booked under black laws like Public Safety Act and Unlawful Activities (Prevention) Act (UAPA).

The report said the killings by the troops since August 05, 2019 till date have rendered 22 women widowed and 56 children orphaned. It said, the troops damaged over 1030 houses and structures and molested or disgraced 115 women and arrested 15,005 people including aged woman and half a dozen girls during cordon and search operations across the occupied territory in the period.

The report maintained that the life of Kashmiris has been particularly made miserable since India illegally abrogated Article 370 and 35A of its constitution on August 05, 2019. The move, the report added, was aimed at snatching away the identity of the Kashmiris through changing the Muslim-majority status of the occupied territory into a minority.

The Indian authorities continue to impose ban on religious gatherings like Juma prayers, Eid prayers, and Eid Milad-un-Nabi (SAW) and Muharram processions at Srinagar’s historic Jamia Masjid and other big mosques, preventing the Kashmiris from discharging their religious obligations. Restrictions in the name of curtailing the spread of coronavirus and military siege have damaged the business in the occupied territory, the report said.

The report deplored that press freedom is under a constant threat in IIOJK where journalists are detained and harassed. The new Media Policy introduced by the Modi regime in IIOJK has further restricted the flow of free information in the territory, it added.

The report pointed out that India is using brutal tactics to achieve its nefarious goals in IIOJK. “Modi regime is engaged in changing the Muslim majority status of the occupied territory. For this purpose, it has granted domicile certificates to thousands of Indians. RSS-inspired BJP leadership wants to obliterate Muslims from IIOJK. RSS-backed Modi regime is furthering its Hindutva ideology in IIOJK. Properties of pro-freedom leaders are being confiscated to pressurize the leadership. India is re-arranging constituencies in IIOJK to give more seats to Hindus,” it deplored.

The report, however, said the worst Indian brutalities and cruelties have failed to subdue the freedom sentiment of the Kashmiri people and they are determined to keep fighting for their rights, including the right to self-determination. It said that New Delhi must realize the fact that it would not be able to silence the Kashmiris.