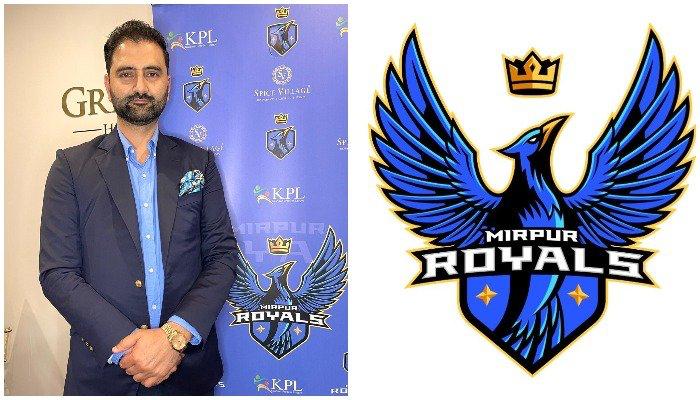 Raja Suleman Raza, the President and Co-Owner of the Mirpur Royals team, has said that more than a million people from Mirpur live in the UK and they have played a big role in the progress of UK, Pakistan and Azad Kashmir.

“Mirpur Royals team is a tribute to Britain’s nearly one million strong Kashmiri community, most of which traces its roots back to Mirpur in Azad Kashmir. Mirpuris are the backbone of our communities and they have helped Pakistan and the UK so much. It’s time to recognize their services,” Raja Suleman Raza said.

The President and Co-Owner of the Mirpur Royals team said that he bought Mirpur Royals because more than a million Kashmiris live in Britain and the city of Mirpur is also known as Little England because the city itself has thousands of British Kashmiris living in it or visiting it any time due to the close relations between the UK and Mirpur.

Mirpuris in Britain are amongst the most distinct diaspora ethnic groups, known for their unique language and culture and the role people from Mirpur have played in the last 50 years is out of this world, Suleman Raza said.

Raja Suleman Raza said that his decision to acquire the Mirpur Royals franchise was driven by his desire to work for the betterment of Kashmir and to put the name of Mirpur and Kashmir on the global map.

“After the KPL was announced, hundreds of people from Mirpur in the UK asked me that I should buy the Mirpur Royals and create its connection with the biggest Mirpuri community outside of Mirpur. The people of Mirpur take immense pride in their culture and their origin and they want to celebrate it through soft power such as sports. Over the decades and through three generations the people of Mirpur have preserved their culture,” said the award winning restaurant owner and entrepreneur.

Suleman Raza said that introducing cricket to Kashmir will open up doors of economic opportunities for the people of Kashmir and the whole region of Azad Kashmir will see a new wave of prosperity and activity.

Suleman Raza said that Mirpur Royals is a brand in which the people of Mirpur and Kashmir will take pride in and own it for the immense value attached to the name and what it stands for.
Raja Suleman Raza, who has featured on BBC and Sky News, highlighted that Mirpur Royals was the first team in the Kashmir Premier League to sign Kashmiri player Salman Irshad.

In May this year, British PM Boris Johnson had honoured Raja Suleman Raza with the “Point of Light Award” for humanitarian services during the Covid-19 pandemic and for helping the poor and needy during one of the most difficult times of this country.