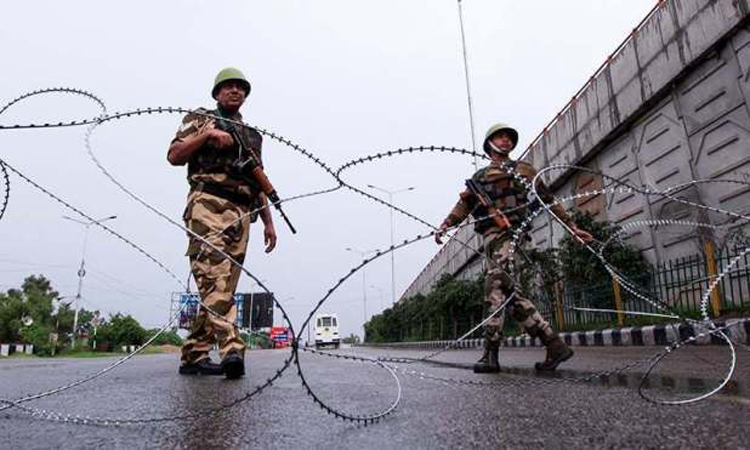 At the completion of the two years of Indian Illegally Occupied Jammu and Kashmir’s (IIOJK) military siege, Pakistan observed Youm-e-Istehsal.

It was on August 5, 2019, that the special constitutional status of Indian Illegally Occupied Jammu and Kashmir was scrapped by the Modi government.

A rally was taken out at the foreign office led by Foreign Minister Shah Mahmood Qureshi to express solidarity with the oppressed Kashmiri people. The rally was attended by a large number of people including federal ministers.

A series of events have been arranged in order to denounce the Indian unilateral illegal actions against Kashmiri people as well as the atrocities being carried out by the Indian forces in Indian illegally occupied Jammu and Kashmir.

The participants of the walk wore black bands and carried the flags of Pakistan and Azad Kashmir.

One minute silence was observed across the country and the traffic was also halted for one minute and sirens were played.

Meanwhile, posters and billboards have been displayed at the main roads of Islamabad and other provincial capitals to highlight the plight of Kashmiri people and expose the atrocities being committed by the occupation forces in Indian Illegally Occupied Jammu and Kashmir.