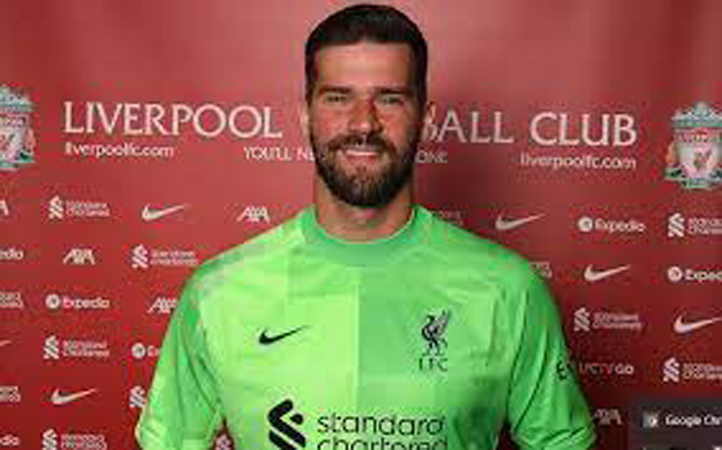 LONDON: Liverpool goalkeeper Alisson Becker signed a six-year contract extension with the Premier League club on Wednesday. Brazil’s Alisson has established himself as one of the world’s top keepers since arriving at Anfield from Roma for £66 million ($91 million) in 2018. He has won the Champions League, the Premier League and the FIFA World Club Cup with Jurgen Klopp’s side, earning UEFA’s Yashin Award for keepers for his performances during the Reds’ 2019 European campaign. Alisson is the first keeper in Liverpool history to score a goal after heading the winner at West Bromwich Albion in May. The 28-year-old is now tied to Liverpool until 2027, becoming the third player to commit his future to the Reds over the last week. England defender Trent Alexander-Arnold and Brazil midfielder Fabinho also signed new long-term deals. “I think I didn’t waste too much time to think about that,” Alisson told Liverpool’s website. “It’s something we just built in those last three years, the confidence, the trust that I have in the club and the club has in myself. Me and my family, we are really happy here. My kids are settled in England, in a different country, but they are growing up in that way. So we are really happy. I’m really glad that I can keep going on with my work here, doing a good job here. So, I’m really happy to make this decision – that is not hard for me.”