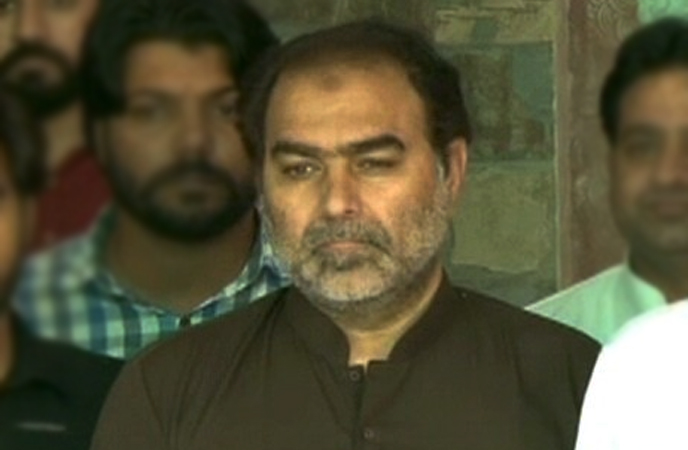 In a change of heart, Pakistan Tehreek-i-Insaf (PTI) MPA Nazir Chohan and a loyalist of PTI disgruntled leader Jahangir Tareen Wednesday announced to part ways with the split faction of the party.

Addressing a media briefing in Lahore alongside Punjab Minister for Prisons Fayyazul Hassan Chohan, after a sessions court granted him bail, Nazir said that he no longer has any association with the Tareen group. “Jahangir Tareen used me for his case and then threw me away,” he said, adding that he was ‘never once called’ by Tareen in his hour of need, whereas he went to every court summon of Tareen. “I considered him my leader, but he is not fit to be called one,” Nazir said of Tareen. He went on to state that he has “one leader and one leader alone,” adding, “His name is Imran Khan.”

Asked by a reporter whether his “software was updated” – an internet euphemism for a change of heart – in the jail or FIA office, Chohan replied, “When a person realises his mistake, his software gets updated at that very moment.”

Chohan thanked Akbar for showing ‘magnanimity’, saying the adviser was the first to call him when he was ill. “Shahzad Akbar said don’t take any stress to your heart, small tiffs happen every now and then,” he said, and once again apologised to Akbar and his family for questioning their faith.

Chohan said he was sincere to his party (PTI) in the past and would remain so. “I only have one leader whose name is Prime Minister Imran Khan; he was, is and will always remain the leader,” he reiterated.

The PTI lawmaker also shamed Tareen for not inquiring about his health after he was taken ill. “When he (Tareen) was mired in the sugar mafia [scandal], I used to reach him even when fasting, during rains and in the heat,” he claimed. “I have neither acknowledged Jahangir Tareen as the leader nor does he deserve to be one.”

Nazir also expressed his gratitude to Chaudhry Pervaiz Elahi. “I am grateful to Chaudhry Pervez Elahi who took a strong stance for me,” he said, adding: “Shahzad Akbar was the first to call me when I fell ill and inquired about my health.” “I have apologised to Shahzad Akbar in no unclear terms. I am remorseful over my actions which affected him and his family,” he said, adding that in this entire saga, “the faces of a lot of hypocrites have been exposed”.

Earlier in the day, a Sessions Court granted bail to Nazir Chohan after Shahzad Akbar pardoned him. Additional sessions judge took up the bail plea of PTI MPA. During the proceedings, Haroon Ilyas, representative of Shahzad Akbar, appeared before the court and presented the power of attorney in the court. The court after a representative of Shahzad Akbar confirmed the contents of the affidavit approved the bail plea from Nazir Chohan. The court also ordered for the release of the detained MPA after he submits surety bonds worth Rs100,000.