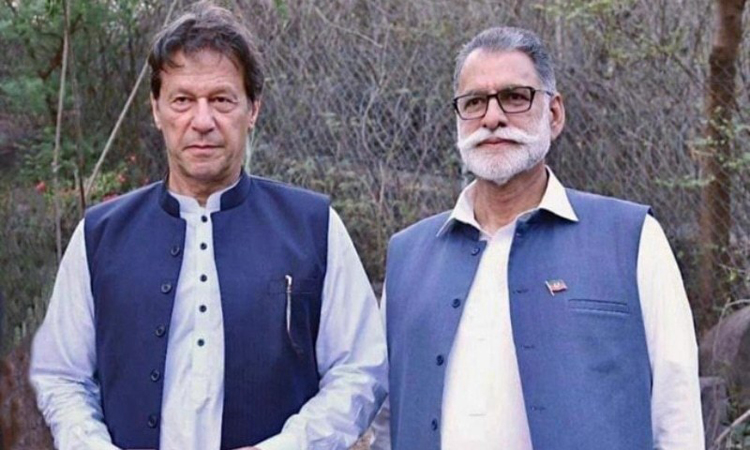 PTI candidate Sardar Abdul Qayyum Niazi on Wednesday got elected as the new prime minister of Azad Kashmir Wednesday by a comfortable margin.

President Azad Jammu and Kashmir Sardar Masood Khan administered the oath to him, after which he became the 13th prime minister of the region, taking over the reins from former premier Raja Farooq Haider. Out of the total of 53 members, 48 members were present during the session who cast their votes. Niazi secured the premiership by a comfortable margin, bagging 33 votes. PPP and PML-N’s joint candidate, Chaudhry Lateef Akbar, managed to win only 15 votes.

Earlier in the day, Prime Minister Imran Khan had nominated Niazi as the PTI’s candidate for the post. Federal Minister for Information Fawad Chaudhry stated that the prime minister made the decision after “considerable consultations and suggestions”. “He [Niazi] is a vibrant, genuine political worker whose heart beats with the party’s political workers,” Chaudhry had tweeted. Little-known Abdul Qayyum Niazi turned out to be a dark horse, winning an intense race for the office of prime minister of AJK.

Niazi, 61, was elected as a member of the Legislative Assembly in the July 25 elections from Poonch district, which lies on the Line of Control (LoC). Until last week, he was not even in the race. His name echoed in the media after being interviewed by Prime Minister Imran Khan, who is also the chairman of Pakistan Tehreek-e-Insaf (PTI) party, which won majority seats in the polls. Yet, political pundits did not consider him to be serious contender for the top office as he is a new entrant to the party. His nomination superseded several top party leaders and strong candidates for the coveted post, particularly PTI Kashmir president and former premier Barrister Sultan Mahmood Chaudhry, and billionaire Sardar Tanveer Ilyas. It is said that that a tug-of-war between the two heavyweights cleared the way for Niazi to get the prime minister’s office.