The ‘ambassador’ of Kashmir 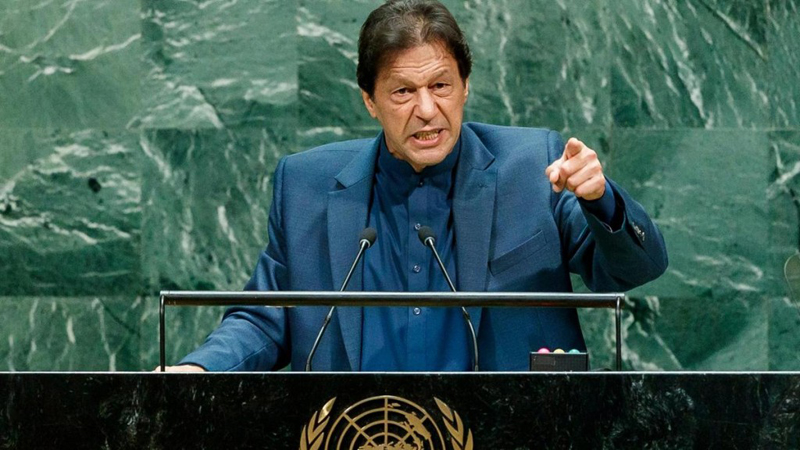 Prime Minister Imran Khan has never minced words to call out Narendra Modi over oppression of Kashmiri people in the occupied valley. In his famous speech at the UNGA, the prime minister had even declared himself to be an ambassador of Kashmir and vowed to fight until freedom of the Kashmiri people.

Imran Khan had castigated India over its Kashmir crackdown from the podium of the United Nations, warning of a “blood bath” when and if Indian authorities lift a curfew over the occupied territory.

He had also called on the international community to prosecute the Indian civil and military personnel for their “crimes against humanity” in occupied Kashmir. Imran had said that India was attempting to obliterate the distinct Kashmiri identity by altering the area’s demography, to escape the plebiscite which is in line with the UN resolutions. “This action is in violation of the UN charter, [Security] Council resolutions and international law, particularly the 4th Geneva Convention,” he had said. “Changing the demographic structure of an occupied territory is a war crime.”

The prime minister had also praised the people of Kashmir, saying that “generation after generation of Kashmiris have laid down their lives to rid themselves of Indian occupation” and that they will never submit before the Indian state as their struggle was indigenous. “The government of Pakistan is committed to stand by its Kashmiri brothers and sisters in their legitimate struggle for self-determination.”

PM Imran had warned that India was playing “a dangerous game” by upping the military ante against Pakistan to divert the world’s attention in a nuclearised environment. He said that if the fascist RSS-led Indian government decided to commit any misadventure against Pakistan, it will be met by a nation that is ready to fight till the end for its freedom.